Unraveling The Myth Of Soul Ties/Mate

Recently I heard an evangelist on television talking about soul ties. I was not familiar with the term, so I decided to google it.

A number of articles are written about it, and they gave different definitions but basically, they claimed that soul ties are uniting two souls together which can be good and bad.

When I was younger, I was familiar with the term soul mate.

There is a Jamaican folk proverb which states, ‘every hoe hav’ de’ stick a bush,’ meaning that everybody has someone specially made for them. When you meet this particular person that is meant for you, then you will automatically know it.

How will you know? I have no idea!

I grew up with that fairy tail belief and would often dream about meeting my soul mate. I believed that my soul mate and I would have similar views about life in general. I believe that we would be best friends, and we would love each other forever.

When I got married, I thought my husband was my soul mate. I expected that all my romantic dreams would be fulfilled in him.

However, on the first day of my marriage, I realized that my soulmate was unable to fulfill my desire to be loved. His perspective of love and marriage was very different from mine.

The disappointment that I felt was more than my naïve and romantic heart could bear and I lost my joy, and everything went downhill since then.

I became a lost lonely soul until God rescued me and led me to a love that brought completeness to my soul. The Lord took me to the beginning and showed me the first man that He created.

Then the Lord took me above and showed me a lush green tree filled with juicy ripe fruits ready to be harvested and eaten. He told me that it was the tree of life.

Oh, taste and see that the Lord is good; Blessed is the man who trusts in Him! (Psalms 34:8)

Underneath this tree laid a human fully formed but remained lifeless in the dust. This person looked like the image of man but different. This individual appeared softer, more gentle, more delicate. I asked the Lord who was that person, and He replied,

“She is the companion for the man to improve on his perfection. I will breathe my spirit within her and take her to the man to give her a name and make her his very own.”

The Lord showed me the meeting of the first male and female. I heard when the man exclaimed with joy,

“Bone of my bone and flesh of my flesh! Your name is Woman because you were taken from the inside of me!’’

As I witnessed the first marriage officiated by God all I could say was,

And the Lord told me “Yes, it can be you because I created the best for you.” 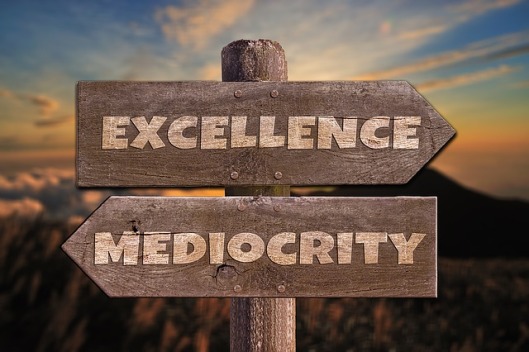 But earnestly desire the best gifts. And yet I show you a more excellent way. (1 Corinthians 12:31)

God wants the best for us, but so many of us prefer second hand and mediocrity. Many of us will settle for anything out of desperation.

We, therefore, create our own mates in our mind and tie them to our soul. Then we tell God, “bless us.”

The Lord refused to officiate at that ceremony because He was not a part of the decision. So we took our soul mate to the tree of good and evil and asked the marriage officer or the minister to unite us in marriage, and he did.

He joined us together in sickness and health, in poverty and wealth, in good and bad until death do we part.

Immediately, as we left from under the opposing tree, our marriage will have contradictions, conflicts, hostility, resistance, resentment, antagonism, rivalry, competition, fights, arguments, and strife.

If your marriage is experiencing any of the above problems, then you are definitely married under the tree of good and evil. You can only fix this unfortunate situation by returning to your Creator.

God wants to preside over your wedding in the spiritual realm. He wants to knit or unite you to the man or woman that He chose for you, and He wants to do it under the tree of life.

When you walk from under the tree of life, your marriage will have love, joy, vivacity, energy, health, excitement, sparkle, affection, passion, depth, positive emotions, personality, compassion, empathy, ambiance and long life.

Forget about soul mate and soul ties! The world uses these terms. Anything from the world is the lust of the flesh and eyes, and the pride of life. They are not from your Creator. (1 John 2:16)

Only then will He introduce your spouse to you and join your spirits together in marriage. 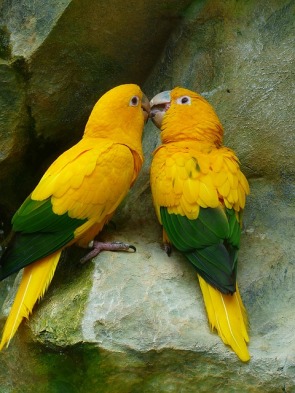 Are you married? If yes, under which tree? Please share with us we are excited to hear from you.