The Lord told Moses that he should tell the people that I AM who I AM sent him to deliver them from the bondage of slavery.

Some Bible professors believe that God did not want to reveal His name to Moses so He evaded the answer by giving him the above phrase.

The phrase is not a name in the sense of how we define the word name. 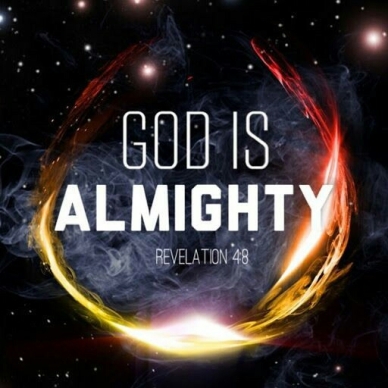 But, when you look closely at the dialogue between Moses and God you realized that God wanted to separate Himself from all the other gods of the Egyptians.

No doubt the Israelites were exposed to the many different gods of Egypt. Furthermore, with the extreme length of time (400 yrs) that the Israelites suffered as slaves in Egypt, they most likely felt that God had forgotten them.

The younger generation may not have even heard about the God of their forefathers.

Therefore, it was understandable that Moses would want to tell the people the name of the God who sent him to them.

BY using the first person singular I AM as a name, emphasize that God is the first, He stands alone, He is unique, He is supreme and there is no one beside Him.

Immediately Moses recognized that he was in the presence of the supreme God and he hid his face because he was afraid to look upon God.

Undoubtedly, Moses had learned from his forefathers that whoever looked upon the face of God will die.

It was also the tradition of the people that the name of God is too sacred to utter.

The name of God in the Hebrew Bible is often written as YHWH (Tetragrammaton). This could also be the reason why God used the first person singular as His name.

Note also in verse 8 of the same chapter, God said to Moses, “I AM come down to deliver them out of the hand of the Egyptians.”

In the book of Genesis, every time that God appeared to Abraham, Isaac, and Jacob He identified Himself first by saying, “I AM the Lord, I AM the Almighty God, I AM the God of Abraham.”

In the book of Leviticus, the Lord always stated His identity and authority before or after stating His laws and ordinances.

You shall, therefore, keep My statutes and My judgments, which if a man does, he shall live by them: I AM the Lord. (Leviticus 18:5)

And you shall not let any of your descendants pass through the fire to Molech, nor shall you profane the name of your God: I AM the Lord. (Leviticus 18:21)

The I AM of God’s name reinforces His supremacy and it also places Him in a more intimate relationship with us.

We will continue to explore “I AM WHO I AM” and His remarkable effects in our lives.