Take Up Your Cross

The sacrifice of following Jesus

So likewise, whoever of you does not forsake all that he has cannot be My disciple. (Luke 14:33 NKJV)

The cross is an upright stake or post with a pointed end. Most times it is depicted as a “T” shape wooden structure. 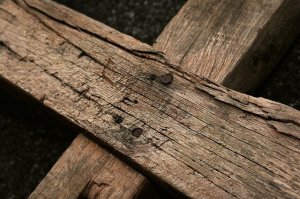 The cross is by far one of the cruelest punishments that a human can ever inflict on another human.

Strong concordance states that this form of punishment was borrowed by the Greeks and Romans from the Phoenicians. It was sentenced on the guiltiest and worst criminals.

Yet, this horrific punishment was chosen by the crowd to execute an innocent person.

“Crucify Him!” They all shouted when Pilate who after interrogating Jesus and found no fault in Him asked the people what they wanted to do with Him.

Pilate was not convinced that Jesus deserved such a harsh punishment so he asked, “Why, what evil has He done?”

Like a typical politician, Pilate preferred to please the people so he released Barabbas (a hardened criminal) to them; and he delivered Jesus after he had scourged Him, to be crucified.

This terrible decision was unjust but it had to happen this way because it was the plan of God, the Father, for His Son, Jesus, to be crucified.

Why would any parent want to afflict their child in such a cruel manner?

He was wounded for our transgressions, He was bruised for our iniquities; The chastisement for our peace was upon Him, and by His stripe, we are healed. For the transgressions of My people, He was stricken. (Isaiah 53:5,8 NKJV)

The cross was a place of ultimate shame and disgrace. 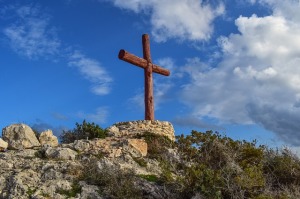 It was repulsive because it represents the sins of humanity.

But, the cross is beautiful because it also represents atonement, forgiveness, restoration, healing, deliverance, and best of all LOVE.

For God so loved the world that He gave His only begotten Son, that whoever believes in Him should not perish but have everlasting life. For God did not send His Son into the world to condemn the world, but that the world through Him might be saved. (John 3:16-17 NKJV)

Ironically, Jesus spoke these loving words to Nicodemus knowing that He would be the sacrifice on the cruel cross.

Therefore, the cross is not something to hate or fear.

It is something to accept and receive with gratitude knowing that God’s Son went willing to the cross for the salvation of humanity.

Let this mind be in you which was also in Christ Jesus, who, being in the form of God, did not consider it robbery to be equal with God, but made Himself of no reputation, taking the form of a bondservant, and coming in the likeness of men. And being found in appearance as a man, He humbled Himself and became obedient to the point of death, even the death of the cross. (Philippians 2:5-8 NKJV)

The gift of salvation is free to you but it was costly to Christ. 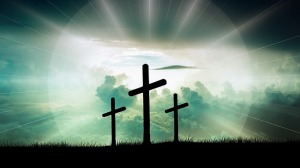 But Jesus in loving kindness warns that if you are willing to be one of His disciples you must take up the cross and follow Him.

What? Must you suffer as Christ did to be His disciples?

The cross that you need to carry is not a wooden stake, it is your body.

I beseech you therefore, brethren, by the mercies of God, that you present your bodies a living sacrifice, holy, acceptable to God, which is your reasonable service. And do not be conformed to this world, but be transformed by the renewing of your mind, that you may prove what is that good and acceptable and perfect will of God. (Romans 12:1-2 NKJV)

Your body must be dead to lust, dead to greed, dead to covetousness, envy, jealousy, anger, and hate.

Your body must be dead to disobedience and stubbornness.

Dead to every form of ungodliness.

You have to deny yourself worldly pleasures and receive the humble and obedient mind of Christ who will transform you and make you into a new person.

You will be reborn and all the former things will pass away and everything will become new. 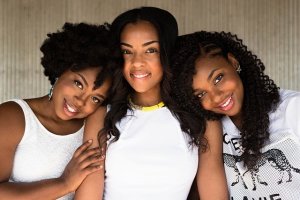 Therefore, do not fear to take up the cross because when you do God will reward you richly in this life and in your glorious home in heaven.

Then Jesus said to His disciples, “If anyone desires to come after Me, let him deny himself, and take up his cross, and follow Me. For whoever desires to save his life will lose it, but whoever loses his life for My sake will find it. For what profit is it to a man if he gains the whole world, and loses his own soul? Or what will a man give in exchange for his soul? (Matthew 16:24-26)

Related post: The message of the cross; Power at the cross; The revelation of the Son of man.