The Lord promised to establish His house and His priest would minister before the anointed one forever (1 Samuel 2:35).

Who was this anointed one?

The Ark of the Covenant and the sacrifices of animals for sins were all symbolic of God’s Son, Jesus Christ. He was the anointed one that the priests ministered to when they performed the ritual. 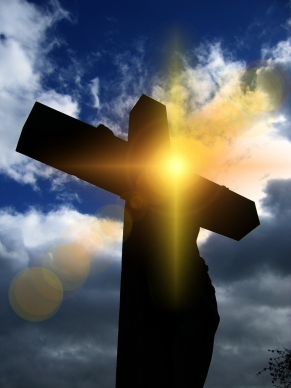 After Christ death and resurrection He became our eternal High Priest who intercedes on our behalf.

Thus, if the old Testament priests desecrate the sacrifices, their punishment is harsh. The sons of Eli, the priest, received the wrath of God when they performed unholy sacrifices to God (1 Samuel 2).

Note also that the Bible says if we blaspheme against the Holy Spirit we will not receive repentance but the judgment of God.

As a result of Eli’s blasphemous sons, the glory of the Lord departed from the Ark of the Covenant.

Subsequently, Eli surrendered to the will of God and accepted His judgment because he knew he could not escape it.

“He is the Lord; let him do what is pleasing in his sight.” Eli said after hearing his punishment (1 Samuel 3:18).

There was also a famine in the land when the glory of the Lord departed from the temple. Not a famine of food, nor a thirst for water, but of hearing the Word of the Lord.

Where Did The Glory of God Go?

The glory and presence of God left the Ark of the Covenant and went directly into the heart of Samuel, and the Lord began to speak to him personally.

The Lord was with Samuel as he grew, and he let none of his words fall to the ground and all Israel from Dan to Beersheba recognized that Samuel was attested as a prophet of the Lord. The Lord continued to appear at Shiloh and there He revealed himself to Samuel through His Word. (1 Samuel 3:19 -21)

You are not too old to be used by God. The anointing of the Lord on your life is forever and it is your guaranteed protection.

Related: Do Not Give Up! Exercise Your Authority!

If you are unable to perform the physical duties in the church, it is your responsibility to appoint a younger person whom God has chosen, to teach them the ways of the Lord.

You should also ensure that officers who are living a sinful lifestyle are removed from office.

Ensure that your personal household is in order and never encourage wayward adult children to live under your roof.

Share with us your thoughts by leaving a reply.