Photo by Cytonn Photography on Pexels.com

One of our most popular greetings to each other is: “How are you?”

Most times this question is asked as a formality without expecting a reply.

But when we receive a reply the most popular  answer to this question is, “I am fine” or “I am Okay.”

Do you know that God does not want you to be merely fine or okay?

He wants you to be well!

“Fine” and “Okay” give the impression that you are barely surviving or you are just existing.

When the prophet Elisha saw the Shunammite woman far into the horizon riding at full speed to his home he sent his servant to meet her to find out if something was wrong.

But it was not well with the lady. She was in deep distress because her only child had just died in her arms from a sudden unknown ailment.

She took the dead child to the room that she and her husband had prepared for the man of God and laid him on his bed.

Then she told her husband to saddle a horse because she was going to visit the man of God.

It was neither the new moon nor the sabbath so the husband wanted to know the purpose of her visit.

She told her husband, “it is well!” and she told her servant to drive as fast as he can to the man of God in mount Carmel.

Even though the Shunammite woman’s soul was in deep distress she still declared, “It is well!”

She was positive about the outcome of her situation because she had confidence in the prophet of God that he would pray to his God to revive her son.

She was confident in the good seed that she had sown towards the ministry of the man of God knowing that one day she would reap the reward.

The time had come and she was determined not to leave without her miracle.

The man of God followed her and prayed until life came into the body of the child and he rose from the dead.

Jesus Christ rose from the dead to bring life into whatever dead situation that you might have. It might be a dead marriage, a dead-end job, or a chronic illness.

It does not matter how difficult you might think that your situation is, it still has the potential to rise again in Jesus’ name.

Therefore, it is well!

How are you today?

Is it well with you?

Is it well well with your family?

I pray that your answer will come from a place of deep confidence in the mighty God that you serve. 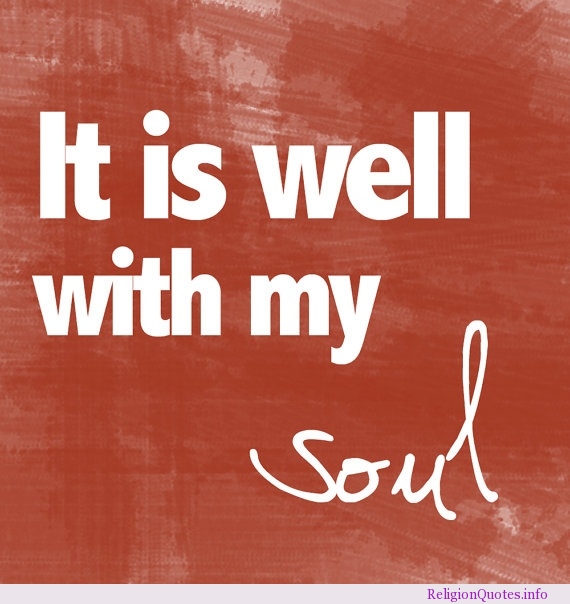 Inspirational Sunday, Living Victoriously
confidence in God, daily thanksgiving devotion, Elisha and the Shunamite woman., how well are you