The Problem With Cuties

The advertising of Netflix film, Cutie, which premiered September 9, 2020, received outright backlash from social media audience for its hyper-sexualizing of young eleven and twelve-year-old girls.

There is an ongoing petition of over 70,000 signatures asking that subscription is canceled until the film is removed from Netflix because it promotes child pornography.” and “was created for the entertainment of pedophiles.”  (Change.org)

As a result of the backlash, Netflix has offered a “halfhearted” apology not for the content of the film nor for sexually exposing children but for the marketing promotion of the film.

Why is Cutie a problem?

Girls are impressionable during their pubertal stage

Most girls begin puberty around ten and eleven years old, and around this time, the body is developing.

During this time, often parents often take this time to teach their children about sex, safe sex, and the dangers of engaging in sexual activity during their childhood years.

All these things are normal and imperative and help young girls to understand how to recognize their growing bodies and how to deal with these issues under the guidance of their parents or legal guardian.

Now, of course, during these formative years, young girls will make mistakes. When I was that age, I did. Young girls are going to develop crushes on boys, they may ‘follow the crowd’ and do the wrong things.

After all, they’re growing and learning and don’t fully understand the consequences of their actions. All of this happens because of hormones. This child is developing, and the body is trying to find a way to adjust to this change from child to adult.

These adjustments are necessary for any young girl to go through so that during her adult years, she can be able to form healthy, respectable relationships with the opposite sex.

But this is where parental guidance becomes necessary. It isn’t enough for parents to just say ‘don’t do this because it is wrong.’

Oftentimes parents neglect this or teach their daughters that their hormonal feelings are ‘sinful’ and shame children for things that they don’t even fully understand themselves.

So, many of these girls turn to media and friends and learn these things, often in a very exploitive and abusive environment. All these things have a negative impact on young girls.

When I was growing up, a lot of pressure was placed on me going to school because of this, and I made some bad mistakes. Luckily my mother, even though she was upset, still decided to take the time to make this a teachable moment.

She took me off of social media, and also attended counseling sessions with me so that I could properly speak to someone about my feelings in an environment where I felt safe.

It was frightening for me at first, but when I eventually learned that I wasn’t being punished for how I felt, but rather, being taught to understand those feelings and how to manage them, I felt better.

The exploitation of young girls

The problem with the Netflix movie ‘Cuties’ isn’t that eleven-year-old girls are wearing revealing clothing or ‘twerking’ (yes this is an issue). Oftentimes, girls at this age may do these things with their friends and it’s up to the parents to talk to them about this.

The problem with the movie is that the directors, producers, and all involved in creating the content hired actual minors (twelve to fourteen-year-olds) and taught them to do these things to shoot a movie.

They actually took these developing girls (who probably have their own problems concerning this issue), asked them to do these things, spent countless hours in a day shooting these young girls provocatively, and encouraged these girls to do it so that they could make a profit.

Young girls at this age are still maturing. They’re still trying to find themselves, and they need guidance.

The directors and producers asked these girls to do things with the intention of it being sexual.

The directors and producers told these girls to do it when these girls were at an age where they were still trying to find themselves. Then, to make matters worse, the directors claim that the purpose of the movie was to show that the general public often sexualizes girls.

Some things that were brought up were ‘Toddlers and Tiaras’. I do agree that often parents dress their young babies provocatively in this show, however, as a reality television show, the children were not scripted or asked to do anything. It’s the parents at fault.

Besides, young toddlers, even if they wear certain outfits, or imitate certain things their parents tell them to do, don’t have a concept of sexuality. They’re literally just imitating and discovering.

This is why even though ‘Toddlers and Tiaras’ is wrong, most people who see the babies, see the babies for what they are. Babies. And often, the parents and the producers get blamed for what the child is doing.

However, in a movie where eleven-year-olds are the subject, ‘Cuties’ have violated a lot of things.

One: These girls are most-likely going through puberty and thus they’re experiencing hormonal changes. Anything that is intended to be sexual will come across as sexual, and this can put the child in a very compromising situation.

Two: These children were scripted and asked to perform these acts for auditions, for several takes, probably on repeat so that the scene can be recorded.

Three: The camera angles and lighting used by the directors are done in such a way so that the most vulnerable places are presented upfront. These young girls (probably without their awareness) had their intimate body parts zoomed upon just to create a movie.

This is the issue with ‘Cuties’. If the movie was trying to send a message, there are tons of adult actors who could have filled the role of a child and get the same message across.

Adults are more aware of and in control of their actions. Children are not.

Asking young children to do things that they don’t fully understand, or maybe uncomfortable with is not only exploitation, but it is also abusive. Especially when profit is involved.

Children of this age will do things, yes. Sometimes with knowledge of what they’re doing or sometimes out of ignorance. We see this all the time. However, an adult asking a child to do these things is where the problem comes about.

These children were asked by adults to do these things. The adults are fully responsible for what has taken place and need to be charged.

The children aren’t aware of what’s going on; they’re not made aware of the backlash they would receive.

They were not aware of the fact that they could be targeted by pedophiles and sex traffickers.

They were not aware of the intended message doing certain provocative dances may send.

They were not aware of the fact that they’re not even old enough to attend a screening of the movie. Yet still, they were used and exploited for profit.

This movie has been tagged by U.S film boards as having material that violates many laws in the U.S.

And even though this was filmed and shot in France, it was made available in the U.S even though it has broken several laws on child exploitation and the creation and distribution of child pornography.

The people that defend this movie claiming that the children weren’t sexualized are either blind or don’t agree with the biological and social concepts of what constitutes to being sexual.

So, let me give a brief explanation. We are sexual beings, designed to reproduce to keep the human race going. Thus, during puberty, humans transition from childhood to adulthood by marking their ability to reproduce. And to reproduce, humans become sexual.

To ignore the fact that sexuality exists within our society is to deny the basic truth that we’re designed to reproduce.

So, by ignoring this, we’re completely denying the truth and essence of who we are. 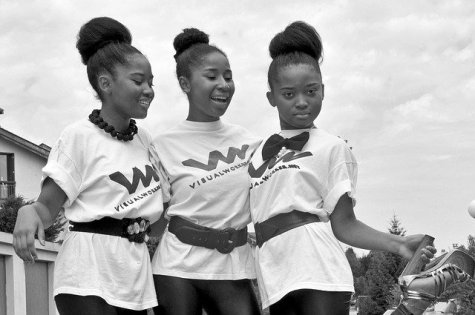 We should be educating and teaching our children that their childhood is an opportunity to grow and develop and become well-rounded individuals who should avoid engaging in sexual activity during childhood because they are still developing in those areas.

Let us try to understand that exploiting vulnerable children who are at their developmental stage is not the way to bring across this lesson.

Let us try to understand that placing young children in questionable and dangerous situations is not only child endangerment/abuse but it is illegal and wrong.

Let children be children in an environment that is safe and healthy.

Let us not take away from their childhood by thrusting them into a world where they would be exposed to bullying, hatred, pedophilia, and abuse.

Let us be more critical and radical about how children are portrayed in the media, and let us hold adults accountable for crimes of child exploitation.

Thank you for reading and share with us your thoughts on “Cutie.”

Nickay is a fashion designer, blogger, and author born in Jamaica, but raised in the British Virgin Islands. She's a recent graduate of the Fashion Institute of Technology (2021), where she majored in fashion design. Her newest novel, 'The Ruby Insignia' will be available in July 2021. View all posts by Nickay