Do Doctrines Breed Demonic Strongholds In The Churches?

Before we can answer this question we need to have an idea of the meaning of doctrine and a stronghold.

A doctrine is a particular principle, position, or policy taught or advocated, as of a religion or government eg Catholic doctrines; the Monroe Doctrine. It is something that is taught; teachings collectively. (dictionary.com).

I will cut off the cities of your land and throw down all your strongholds. (Micah 5:11)

What is a stronghold?

A stronghold is a well-fortified place; fortress. A place that serves as the center of a group, as of militants or of persons holding a controversial viewpoint. (dictionary.com).

Therefore, a demonic spiritual stronghold is a group of demonic spirits that band together to undermine the principles and teachings of God. They formed a fortified force working against a person, church or country.

These strongholds can become embedded so deep within a system or the individual’s life that they become traditions and customs that appeared harmless.

A simple example of how a spiritual stronghold can develop in a person’s life is that a person may have a set pattern of washing the dishes.

The folds of his flesh are joined together; they are firm on him and cannot be moved. His heart is as hard as stone, even as hard as the lower millstone. (Job 41:23-24)

The method may become inefficient but he refused to change hence a stronghold of stubbornness and pride begin to take root and bury in that person’s life.

Another example is a church who creates a doctrine of seed (money) sowing to receive bountiful harvest will develop a stronghold of greed.

Not all doctrine in the church will develop into spiritual strongholds. As a matter of fact, the Bible encourages us to follow sound doctrine?

But as for you, speak the things which are proper for sound doctrine: that the older men be sober, reverent, temperate, sound in faith, in love, in patience; the older women likewise, that they be reverent in behavior, not slanderers, not given to much wine, teachers of good things (Titus 2:1-3)

Sound doctrines are principles of Jesus Christ, and His doctrines are about love, peace, humility, sound faith, reverence, sobriety, and temperance.

Jesus said that the greatest commandment is to love the Lord with all our heart and soul and to love our neighbor as ourselves.

Love from a pure heart, from a good conscience and sincere faith (1 Timothy 1:5).

These are the foundational doctrines of Jesus Christ, from the Father (John 7:16), which all believers should embrace.

The above scripture in Titus exhorts the older men and women to be honorable in their behavior and reverence to God to exemplify sound doctrine.

The opposing behaviors to sound doctrine are lawlessness, insubordination, ungodliness, profanity, murderers, fabricators and all manner of sins (1 Timothy 1: 8-11).

When these are practice in the Church they will develop into demonic spiritual strongholds.

The Bible further teaches us to avoid doctrines of demons, the doctrine of Balaam and Nicolaitans (1 Timothy 4:1; Revelation 2:14-15).

Demonic doctrines are doctrines that focus on the outward appearance such as adornments, abstaining from certain food. These doctrines lead to hypocrisy and pretense (1 Timothy 4:1-5). 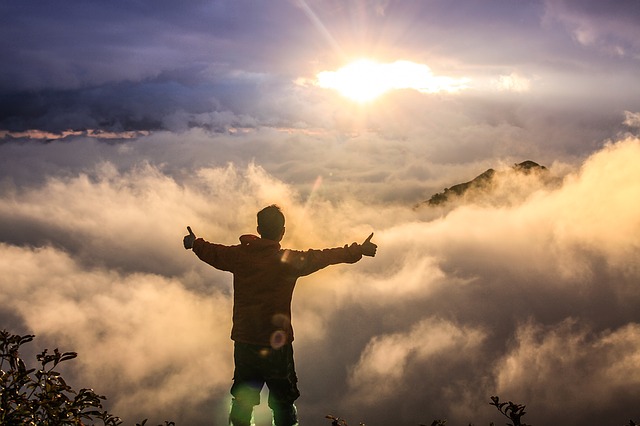 Do not be carried about with various and strange doctrines. For it is good that the heart is established by grace, not with foods which have not profited those who have been occupied with them. (Hebrews 13:9)

Demonic doctrines oppose sound doctrines and are derived from the synagogue of Satan.

The doctrine of Balaam is a greedy and presumptuous spirit which love the wages of unrighteousness. They have forsaken the right way (sound doctrine) and have gone astray (2 Peter 2:12-17).

The Nicolaitans doctrine  is summarised in the following verse:

But there were also false prophets among the people, even as there will be false teachers among you, who will secretly bring in destructive heresies, even denying the Lord who bought them, and bring on themselves swift destruction. (2 Peter 2:1)

The Nicolaitans taught false destructive doctrines to deceive the brethren thus overpowering them. In other words, their false teachings became a spiritual stronghold in the Church.

Take heed that no one deceives you. For false christs and false prophets will rise and show great signs and wonders to deceive, if possible, even the elect. (Matthew 24:4, 24)

Church doctrines can be formed based on whether speaking in tongues is viewed as a gift or is a mandatory evidence of the Holy Spirit.

Some churches based their doctrines on the rapture theory; the silence of women in the Church; the day of Sabbath.

Church doctrines also play a significant role in the way the church is organized and how offices and promotions are distributed among the members.

Church Doctrines also determine the function and governance of the pastor. Does he govern by democracy or autocracy?

All of the above are doctrines of men and they can promote a stronghold of pride, deception, idolatry (members revered the pastor more than God), jealousy, backbiting.

These people draw near to Me with their mouth and honor Me with their lips, but their heart is far from Me. And in vain they worship Me, teaching as doctrines the commandments of men (Matthew 15:8-9)

Signs of demonic strongholds in a church

When strongholds buried their tentacles and roots deep into the churches it doesn’t matter how much deliverance crusades, prayers, and fasting are done, they cannot be uprooted unless the pastors and leaders first identify the strongholds and their sources.

Then steps must be taken to remove or change these doctrines that cause these strongholds. When these are done then the pastors and members must repent and consecrate themselves in prayer and fasting to be delivered.

Consecrate a fast, call a sacred assembly; gather the elders and all the inhabitants of the land into the house of the Lord your God, and cry out to the Lord. (Joel 1:14)

Judgment to the Church who embraces false doctrines.

The Lord pronounced judgment on the Church who encouraged false doctrines.

The Lord Jesus Christ stated that if the Church does not repent of their sins He will return quickly and fight against that demonic doctrines and strongholds with the sword of His mouth (Revelation 2:12-17).

I want to encourage you with the following verses from the Bible.

Therefore, if you died with Christ from the basic principles of the world, why, as though living in the world, do you subject yourselves to regulations—  “Do not touch, do not taste, do not handle,” which all concern things which perish with the using—according to the commandments and doctrines of men? These things indeed have an appearance of wisdom in self-imposed religion, false humility, and neglect of the body, but are of no value against the indulgence of the flesh. (Colossians 2:20-23).

So let no one judge you in food or in drink, or regarding a festival or a new moon or sabbaths, which are a shadow of things to come, but the substance is of Christ. (Colossians 2:16-17)

When we take bits and pieces of the Bible to create doctrines and traditions we are basically transgressing the commandments of God.

We are thus worshiping God in vain because we pretend to honor Him with our lips but our hearts are far from Him (Matthew 15:1-9).

Do you think that church doctrines develop spiritual strongholds?

Do we need so many doctrines and denominations?