Demonstrating The Power Of God In The Church

Is the church demonstrating the power of God? Why is there hardly any supernatural miracles in the body of Christ?

Why are many pastors, evangelists, prophets and healers dabbling into witchcraft to demonstrate signs and wonders?

The Church appeared to lack the anointing and power of God. The Church is not growing rapidly, and the young people are being enticed by the things of this world. 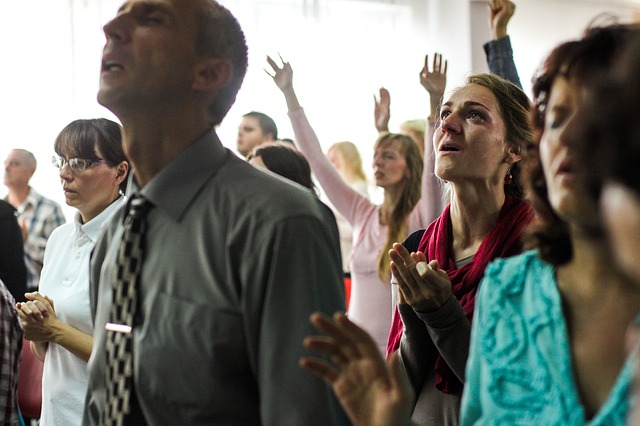 How great are His signs, and how mighty His wonders! His kingdom is an everlasting kingdom, and His dominion is from generation to generation. (Daniel 4:3)

But, is the current state of the Church a reflection of the power of God? I hardly think so!

The solution to our problems is so simple that the devil blind our eyes so that we cannot see it.

Let us look at the beginning of the Church movement in Acts 2.

On the day of Pentecost after the apostles and brethren were filled with the Holy Spirit, thousands of people were convicted and were baptised and the Church grew daily.

Many signs and wonders were demonstrated by the apostles. People were delivered and healed of every diseases.

Then those who gladly received his word were baptized; and that day about three thousand souls were added to them. (Acts 2:41)

The Church at that time demonstrated the power of God.

Let us take a close look at the behavior of the early Church in Acts 2 and compared it to our modern Church.

The present Church is comprised of many doctrines and denominations. The World Christian Encyclopedia states that there are over 33, 000 denominations world wide.

Our present society has become more selfish where every man for himself is the policy of the day.

And let us not grow weary while doing good, for in due season we shall reap if we do not lose heart. ( Galatians 6:9)

Sadly, this practice has crept into the Church.

Our modern Church compete with each other and covet each other’s gift.

In our modern day society and Church, we only visit and eat with friends and family.

Strangers and foreigners are treated and considered as such.

No one had time to gossip and backbite. They had the same mind, pursuing the same goal which was to praise and worship God.

Consequently, unbelievers were impressed by their lives and were attracted to the Church.

And the Lord added to the Church daily such as should be saved ( Acts 2:47).

Note that it is the Lord who added to the Church not man.

The unsaved persons only need to see us living an exemplary life unto God and the Lord will save them.

If only we eould return to the lifestyle of the early Church and show the love of God to each other.

The power and glory of God would manifest in our midst.

When we return to the place where the believers in Jesus Christ – His Church -have the mind and heart of Christ we will see signs and wonders in our midst.
Acts 2, 4