Christians are a diverse group of people.

The religion consists of thousands of denominations and each one claim to be the true church of God.

The Christians considered the Bible the living Word of God, but many of the scriptures are interpreted differently by these denominations.

With so much controversy within this religion, they appeared to be divided, and Christ said that a kingdom divided against itself will fall.

The disputes among the Christians are evident on the social media where many of them criticize and compete with each other. They also backbite and undermine each other.

When unbelievers view the behavior of these Christians, they shake their head in contempt. They have no desire to be a part of this group.

Holy Father, keep through Your name those whom You have given Me, that they may be one as We are. (John 17:11)

Yet the mandate of all Christians is to win souls for Christ. But, how can we teach or convert anyone when our lives need to be cleaned?

Many God-fearing believers have become despondent with the ungodly behaviors of their counterparts, and they tried earnestly to warn them about the judgment of God and encourage repentance.

However, their poor attitudes are not new because similar behaviors were present while Jesus was on earth and even in the early days of the Church.

For example, there was an occasion when the disciples had a dispute concerning who would be the greatest among them.

Obviously, there was competition among the disciples where one person felt that their gift was better than the other or their title was more important than the other.

Does this behavior sound familiar? Yes, this is exactly what is happening among the Christians. If you doubt my words, check the Facebook.

When Jesus heard their argument, He took a little child and informed them that whoever received a child in His name, received Jesus and also the Father who sent Him. Then Jesus further stated that the least among them would be the greatest.

Therefore whoever humbles himself as this little child is the greatest in the kingdom of heaven. Whoever receives one little child like this in My name receives Me. (Matthew 18:4-5)

In other words, when God is ready to elevate and exalt anyone He will choose the humblest person. He will choose the one who has no title, the backbenchers, those who have no followers and the ones who quietly serve the Lord sincerely.

One of the disciples (John) also brought to Jesus’ attention that someone who was not one of their followers was casting out demons in the name of Jesus. So, they rebuked him.

Jesus told His disciples that they should not forbid such a person because if he is not against them, then he is on their side.

This is another lesson for us from Christ. We should avoid condemning anyone if their doctrines are not similar to ours.

If you think that someone’s Christianity is not right, do not curse them instead pray for them and allow God to separate the sheep from the goats and the wheat from the tears at the time of harvest.

We are living in an age of deception, and many people are in delusion. But, this deception began in the Garden of Eden and continues to this day, so we will never get rid of it until Christ returns.

Beware of false prophets, who come to you in sheep’s clothing, but inwardly they are ravenous wolves. (Matthew 7:15)

Our duty as born again believers is to cast out the spirits of pride and deception from our daily lives.

Jesus and His disciples continued on their way to Jerusalem but they stopped in a Samaritan village to prepare for Christ’s suffering and ascension, but the people did not receive Christ because they knew His destination was Jerusalem.

The disciples wanted to call down fire on the villagers similar to Elijah, but once again Christ rebuked them.

“You do not know what manner of spirit you are of. For the Son of Man did not come to destroy men’s lives but to save them.” And they went to another village. (Luke 9:55)

What kind of spirit is in a Christian who would readily call down fire and judgment upon his brethren who he believes wronged him? It can’t be a good spirit because Jesus does not approve these attitudes.

Jesus did not come to this earth to destroy anyone. He came to save us—everyone including those whom we consider enemies or haters—and to give us abundant life. This is the Spirit of Christ which we all need to attain. 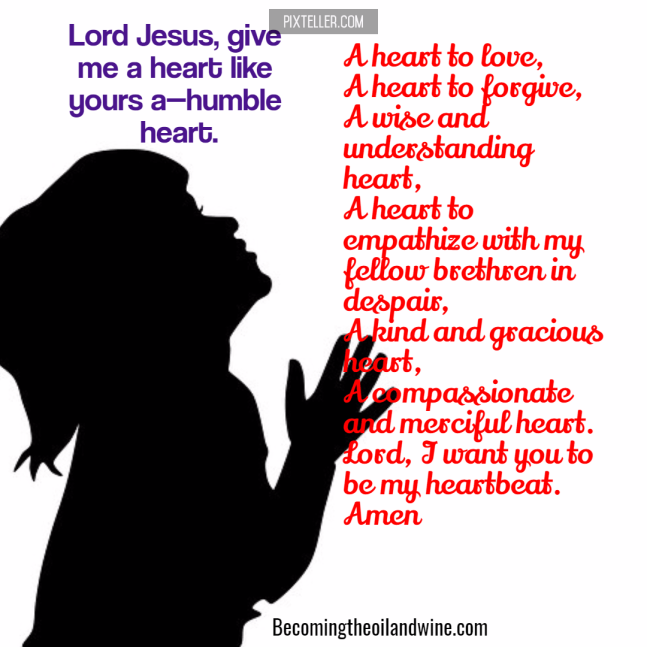