The Tower Of Babel Is Here!

The tower of Babel symbolized advanced scientific technology; the unity of communication and mission; the thirst for fame and popularity; science and witchcraft and chartering into the unknown.

We noted in our previous posts how the events in our world have become quite similar to the age of Noah. You can read about it here and here.

We have also noted that the goals of the people at the tower of Babel were similar to the mission at CERN laboratory in Switzerland which you can recap here . You can also read about CERN mission on their official website.

It is, therefore, safe to say that history has repeated itself. Our modern day scientists are once more erecting the tower of Babel. Let those who have wisdom read and understand. The tower of Babel is not brick or stone. It is purpose and unity. 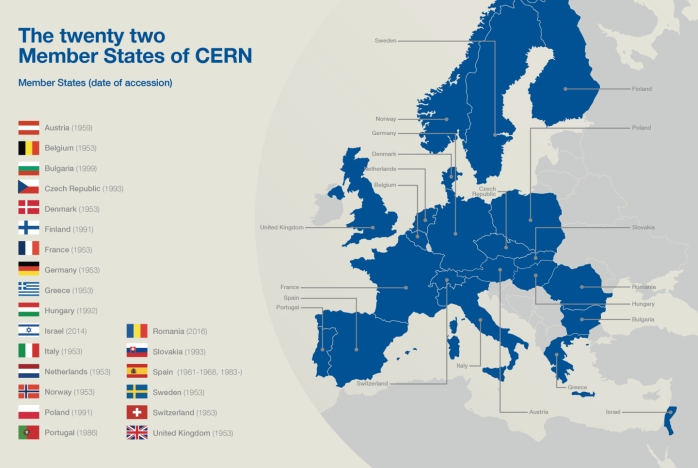 The mission of CERN is to discover God’s secrets of creation without the knowledge of God. The scientists at CERN are searching for scientific evidence, that they can see and touch, about the origin of humanity and the universe. They want to discover the substance that causes the big explosion that kick start the world.

Those of us who read and believe the Bible know that the entire universe began with the spoken word of God, but these scientists do not understand this. What do you think these scientists will find?

God did not give us any scientific evidence in Genesis about creation. But do you believe that He should have done so?

Do you think that if these scientists at CERN surrender their life to God and seek Him for scientific evidence of how He created the universe that the Lord will reveal His secrets to them? Write your answers in the comment box below.

I believe that God will! I think that men would rather seek knowledge from the tree of good and evil rather from the life giver because men love darkness rather than light because their deeds are evil (John 3:19).

So people are seeking wisdom from the darkness rather than the light, and they may unleash spiritual forces that they have never seen before or have no idea how to control.

Men are researching into deep places that God never intended for us to go.

Watch the experiment at CERN that assimilates the Big Bang Theory

Yes, science is good, and it has helped us in every aspect of society, but there is a limit to how far we should go and we can only know our limitation when we allow God to guide us in our scientific research.

But, if scientists do not believe God exists then they have a problem. They will eventually stir up a hornet nest that they cannot control. However, before they reach a point of no return, I believe that God will come down to earth to put a stop to their endeavor.

For the wisdom of this world is foolishness with God. For it is written, “He catches the wise in their own craftiness”; and again, “The Lord knows the thoughts of the wise, that they are futile.” (1 Corinthians 3:19-20)

For the message of the cross is foolishness to those who are perishing, but to us who are being saved, it is the power of God. For it is written: “I will destroy the wisdom of the wise, and bring to nothing the understanding of the prudent.”

The Lord will destroy the wisdom or scientific knowledge of this world. He did it with the flood and at the tower of Babel in the days of Noah. After all, God is the beginning and the end. He began this world and only He will put a stop to it at the appointed time.

Do you think that our scientists have crossed over the line or do you believe that they should pursue research to the maximum? Write your answers in the comment box below.

“Watch, therefore, for you know neither the day nor the hour in which the Son of Man is coming. (Matthew 25:13)

It is a known fact that many Christians buried their head in the sand and ignore all the signs of the end of time that are taking place around the world.

They prefer to live in ‘La La Land’ and are not concerned because the rapture is going to spirit them away.

Many Christians are being led astray by popular evangelists and pastors with mega churches and millions of followers. They are the giants in the land who are famous because of their vast knowledge.

You shall not follow a crowd to do evil; nor shall you testify in a dispute so as to turn aside after many to pervert justice. (Exodus 23:2)

John said in the Book of Revelation that multitude of people followed after the beast crying, “Who is like unto the beast? Who is able to make war with him?” (Revelation 13:4).

The followers of the beast marveled because of its wealth of knowledge, its influence, and popularity. Can you identify anything in this world that fit this scenario? Look carefully around you because I certainly can.

It is full time that the Church open their eyes and become aware by listening to the world news in the media, reading about the scientific inventions that are taking place in the world, becoming more proactive rather just waiting for the rapture to snatch them out of this terrible world.

Do not think in your heart that you will escape in the king’s palace any more than all the other Jews. For if you remain completely silent at this time, relief and deliverance will arise for the Jews from another place, but you and your father’s house will perish. Yet who knows whether you have come to the kingdom for such a time as this? (Esther 4:13-14)

Give Us Your Opinion!

What if there is no rapture? How will you cope when more horrific things begin to happen at your doorstep? Are you sure that there will be a rapture?

The internet contains a vast wealth of information, many of it is garbage so how do you know the truth from fake?

Signs of the Time
Big bang theory, CERN, internet, Queen Esther, rapture, science and tehnology, the flood, to receive the spirit of wisdom and revelation, Tower of Babel