The Supremacy of God

When God begins to move and operate, if it does not fit into the status quo of man’s definition sometimes he rejects it. Always remember God is no respecter of any person. He does as he pleases because he is the Supreme Being. He is a God of wrath but his mercy overrides his wrath. Therefore, it is important that if you are experiencing the wrath of God or persecution from the enemy, plead to him for mercy and he will have compassion on you. He will forgive and save you.

Throughout my life, God has shown me abundant mercy in spite of my shortcomings. As a young lady in my twenties, I thought that marriage was the answer to cure my loneliness and to give me stability. I had a precise definition of the man that I wanted to marry, so when I thought I found him, I took him to God and ask  him to bless our marriage. He did, even though he did not make the choice for me.

When persecutions began at the very beginning of my marriage I ran to God for escape but he told me to stay within the marriage for a particular time because the trials and persecutions would only make me stronger.

We endured many trials together but when both of our children were born each came with a message from God. The last child came with the stronger message and a warning from God, but we missed it. The message was for us to heal our broken hearts and God would heal our child’s broken heart. We were too caught up in our conflict and resentment to recognize the obvious. 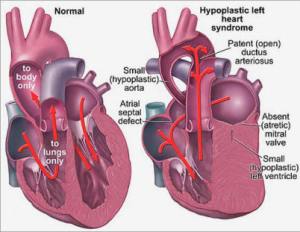 We were told by the Cardiologist that our son would need to do several surgeries in order to repair his heart. But refused to do surgery because we said that God would miraculously heal our baby without medical intervention.

We were told by the Cardiologist that our son would need to do several surgeries in order to repair his heart. But we refused to do surgery because we said that God would miraculously heal our baby without medical intervention. At that time, we thought that we were making this decision based on faith but when the years passed and our baby was not healed we began to blame each other’s lack of faith.

We thought that we knew God and we had a clear cut definition of how he should work. We did not understand then that God did not operate based on man’s standard. He works base on his divine power and authority.

The heart condition caused our son to be severely cyanotic because of the poor oxygen supply to his body. He was undernourished and weak. He could not walk long distances and he was often breathless with rapid breathing and a pounding heart. The doctor told us that he would not live long without surgical intervention.

However, God preserved our son for ten years without the surgery.

It took me ten years to realize that our decision not to have surgical intervention was based on FEAR, not FAITH. God literally taught me the difference between both and showed me that he did not operate in the presence of fear because fear is a spirit from the enemy which will trap and torment you. After I eradicated fear from my life I made the decision to allow my son to have the full surgery to repair his heart.

I must admit that it was impossible for me to look after my son without the help of my husband. My husband was instrumental in his care and nourishment. He gave him the proper natural diet that sustained him. He was also the main person who carried him around at school and home because he could not walk by himself.

Both of us chose a day in the week in which we fasted and prayed for the health of our son. We also received moral support and prayers from our church brothers and sisters, friends and family at home in Jamaica and in Tortola. Everyone who met our son fell in love with him and they constantly asked about his health. I will forever be grateful to them for their prayers.

You would think that having such a sick child should strengthen our marriage, but it did not. Even though, we both went through the same pain and agony of hospitalizations and poor prognosis that did not reinforce our marriage but only drove us apart.

We did not realize this was a trap of the enemy and we fell right into it. Our marriage continued to deteriorate and even when God healed our child through surgical intervention at age ten, our marriage continued a downhill slide until separation was the only alternative.

It was God’s intention to have us separated and returned to him individually so that he could heal our broken hearts removing all the bitterness and resentment and then he would bring us back together again.

The key is for each of us to surrender to the plan of God even though it may not have been how we planned it. My husband wanted us to stay together and fight it out, but this was not God’s plan. He wanted us to return to him individually and to start over again from the beginning  -(Righting the Wrong).

When I moved out of the matrimonial home I returned to God and he healed my broken heart cleansing all the dirt and bitterness. The Lord also showed me the plan that he had for me from before the foundation of the world and he began to teach me his words line upon line and precepts upon precepts.

My husband, on the other hand, would not surrender to God’s plan and he allowed the enemy to continue to use him to try to destroy me. But the enemy could not touch me because God planted a hedge of protection around me.

I survived a traumatic separation because I surrendered to the authority of God and allowed him to heal my brokenness.

I hope that my testimony will encourage you to always surrender to the supremacy of God even when his plans might not be your plan.

The Book of Job is about a man who lived a righteous life, but God allowed the enemy to strike him. It was not until he surrendered to the supremacy of God that he was restored. Read a synopsis of the story of Job here.

Do you know that you can participate in this blog? Yes your opinions and suggestions are valuable to us so before you leave this page share your thoughts in the comment box below and let us have lively discussion.

This is your opportunity to be part of the MIGHTY MOVE of God. I promise you will receive a tremendous blessing from the Lord. Thank you!