In yesterday’s devotion we learned that the earth is God’s footstool or His resting place.

If you miss this devotion you can get it here.

Since we are God’s resting place, we also need to know how to enter in His rest.

The body was not designed to work continuously without rest.

You need to rest!

The physical rest is important to rejuvenate and restore the body.

But, the spiritual rest is also important to refresh the spirit and soul.

In a grand total of six divine days God created the earth and entire universe including you and me.

At the end of His labor He created the seventh day just for His rest.

He did not have to do this, but He did!

God blessed and sanctified this extra day and commanded man to enter into this rest that He had created.

The Lord emphasized the importance of man taking an exclusive day to rest by making it one of the laws of the Ten Commandments.

The Lord told Moses that work must be done for six days, but the seventh day is the Sabbath of rest, holy to the Lord.

Whoever does any work on the Sabbath day, he shall be surely be put to death. (Exodus 31:15)

The day of rest was very important to the Lord and anyone who disobeyed this law attracted drastic punishment.

Why was this day of rest so important to God?

The Lord institutionalized the Sabbath day before man sinned so He was preparing the way for what He knew would transpire.

Before sin, Adam and Eve lived in God’s eternal rest because there was no strenous labor for man.

After sin, the Lord sent man to toil the cursed ground which had began to yield only thistles and thorns.

Before sin, only edible fruits and herbs erupted spontaneously from the ground.

Adam did not have ro plant or cultivate crops. The edible vegetation grew in abundance by his command.

After sin, man had to manually till the tough ground to plant fruits, vegetables and herbs for his sustenance. 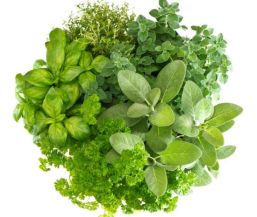 The herbs contains properties that would strengthen and heal their bodies that were now slowly deteriorating due to the contamination of sin.

The body also need rest to heal and rejuvenate itself.

Alas, throughout the ages, man has placed more importance on work and accumulating wealth instead of resting.

You also need a spiritual rest from the burdens and cares of this world.

A resting place where you can sit at the feet of Jesus and bask in His glorious presence.

Stubborness and disobedience will disqualify you from entering into God’s rest.

Let us therefore be diligent to enter that rest, lest anyone fall according to the same example of disobedience. For the word of God is living and powerful, and sharper than any two-edged sword piercing even to the division of soul and spirit, and of joints and marrow; and is a discerner of the thoughts and intents of the heart. (Hebrews 4:11-12NKJV)

The Word of God is able to lead you into God’s rest and His presence will sustain and protect you in His perpetual day of rest.

May God help us to enter in His rest.

For with stammering lips and another tongue He will speak to this people, to whom He said, “This is the rest with which you may cause the weary to rest and this is the refreshing,” yet they would not hear. But the word of the Lord was to them, precept upon precept, precept upon precept, line upon line, line upon line, here a little there a little that they might go and fall backward, and be broken and snared and caught. (Isaiah 28:11-13)