Seeking And Saving The Lost 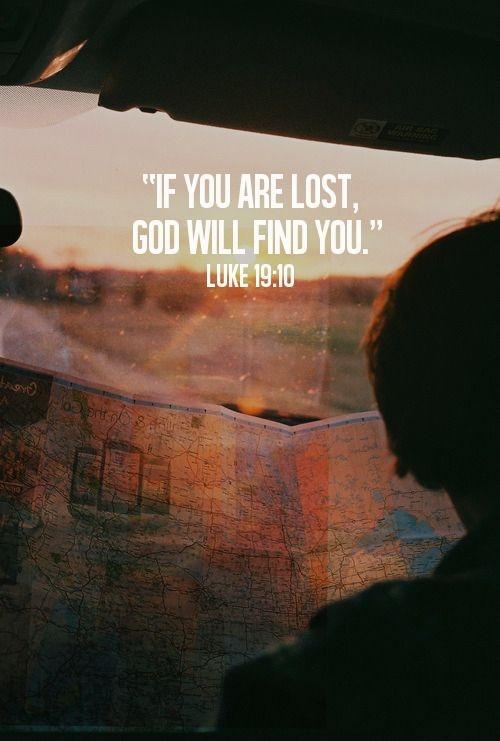 Whatever the case maybe, whether you know you are lost are not, God knows when you are and He will search for you find you.

And Jesus said to him, “Today salvation has come to this house, because he also is a son of Abraham; for the Son of Man has come to seek and to save that which was lost.” (Luke 19:9-10)

“I will seek what was lost and bring back what was driven away, bind up the broken and strengthen what was sick; but I will destroy the fat and the strong, and feed them in judgment.” (Ezekiel 34:16)

“What man of you, having a hundred sheep, if he loses one of them, does not leave the ninety-nine in the wilderness, and go after the one which is lost until he finds it? And when he has found it, he lays it on his shoulders, rejoicing.

And when he comes home, he calls together his friends and neighbors, saying to them, ‘Rejoice with me, for I have found my sheep which was lost!’

I say to you that likewise there will be more joy in heaven over one sinner who repents than over ninety-nine just persons who need no repentance. (Luke 15:4-7)