The Lord Said, The Lord Told Me…

Do you want to know what the Lord is saying to you? How can you distinguish the voice of God from the voice of Satan?

I have noticed in recent times that many people are claiming that they have received visitation or message from God whether by dreams, visions or otherwise.

Many of these people declared themselves to be prophets and apostles so when they said that God told them certain things many people believe them. 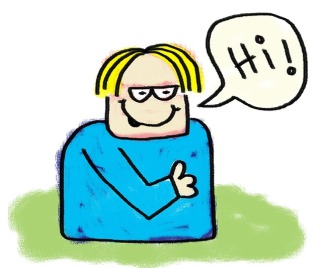 Some prophets claimed that they received word from God regarding the outcome of an election and who would be the next president of the USA. Some even predict the result of important sporting events. Others are predicting the date of the coming Antichrist and the end of the world.

My concern is this if God spoke to these prophets and specifically told them the names of the next president of the USA or other countries why is it that they do not seek to get specific word from God about the cure for cancer which is ravaging the human body. Or ask the Lord to reveal the hiding places of terrorists and gang leaders and their plots so that the authorities can find and apprehend them.

What I am trying to say is that the world has many more urgent problems that have been baffling humans throughout the generation, so we need to spend our time in prayer and fasting to God so that He can give us wisdom and direction to fix these problems.

Does God really speak to people? If so how?

God, who at various times and in various ways spoke in time past to the fathers by the prophets, has in these last days spoken to us by His Son, whom He has appointed heir of all things, through whom also He made the worlds (Hebrew 1:1-2).

During the Old Testament period God spoke to His people through prophets but in this last days, He talks to us through His Son Jesus Christ. The method changed because many false prophets used the name of the Lord to prophesy lies to the people and many of them were led astray.

In these last days, God speaks to us by His Son Jesus Christ (Hebrew 1:1-2)

Before the judgment of the Israelites, the Lord sent his prophets such as Jeremiah to warn them to repent before calamity struck their land. However, many other prophets were also prophesying in the name of the Lord that nothing will happen to them, and everything will be all right.

Because of the iniquities of the people of Judah, the Lord declared by the prophet Jeremiah:

Then the Lord said to me, “Do not pray for this people, for their good. When they fast, I will not hear their cry; and when they offer burnt offering and grain offering, I will not accept them. But I will consume them by the sword, by the famine, and by the pestilence.” (Jeremiah 14:11-12)

But Jeremiah replied to the Lord,

“Ah, Lord God! Behold, the prophets say to them, ‘You shall not see the sword, nor shall you have famine, but I will give you assured peace in this place.’” (Jeremiah 14:13)

Jeremiah told the Lord that many prophets were contradicting His word. The Lord replied,

“The prophets prophesy lies in My name. I have not sent them, commanded them, nor spoken to them; they prophesy to you a false vision, divination, a worthless thing, and the deceit of their heart.

Therefore thus says the Lord concerning the prophets who prophesy in My name, whom I did not send, and who say, ‘Sword and famine shall not be in this land’—‘By sword and famine those prophets shall be consumed!

And the people to whom they prophesy shall be cast out in the streets of Jerusalem because of the famine and the sword; they will have no one to bury them—them nor their wives, their sons nor their daughters—for I will pour their wickedness on them.’ (Jeremiah 14:14-16)

The Lord told Jeremiah that the prophets were prophesying lies in His name, and He has not sent, commanded or spoken to them.

We are now witnessing a similar situation in our land because many prophets are prophesying lies in the name of the Lord. He has not been speaking to them.

So where are they getting their vision?

They are receiving false visions through divination. What is divination? According to the English dictionary, Divination is the practice of attempting to foretell future events or discover hidden knowledge by the occult or supernatural means. (Dictionary.com)

Apparently, these prophets receive their visions through the occult which includes magic, sorcery, astrology, and witchcraft.

Satan like to impersonate God to trick individuals. Hence, he will transform himself into an angel of light and visit these prophets who are desperate for a supernatural visitation from a celestial being. 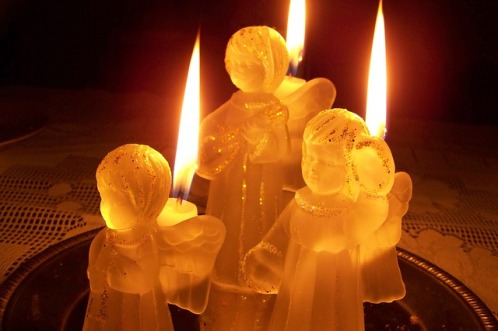 For such are false apostles, deceitful workers, transforming themselves into apostles of Christ. And no wonder! For Satan himself transforms himself into an angel of light. (2 Cor. 11:13-14)

Satan will feed them with information that they want to hear so that they would believe that they are hearing from God. It is possible that some of their prophecies will come to pass because Satan can perform miracles.

But the Lord said that the false prophets predictions are worthless and are from the deceit in their hearts.

How can you identify the true versus false prophets?

By the words that they speak! The Lord tells us to test the spirits. The Bible states that we will know them when they do not confess that Jesus Christ came in the flesh.

However, most of these false prophets do admit that Christ is the Saviour so how will we know them?

You can only know the truth when you develop an intimate relationship with God.

The God, who is inside your heart, is greater that than he who is in the world.

Therefore, these false prophets will speak like the world.

In other words, they are more concern about prophesying about worldly affairs such as politics, famous people or certain things to attract attention from a large amount of crowd. Others will try to foretell the future of individuals.

If their prophecies come to pass, they will receive many followers, and the entire world will listen to them.

The true prophets of God will know the voice of God and will be obedient to God. “My sheep hear my voice, and I know them, and they follow me.”

The true prophets of God will not be concern about popularity. As a matter of fact, the people of the world who are not of God may not even listen to them.  It is this way that you will know the spirit of truth and the spirit of error. (1 John 4:1-6)

Therefore, focus on obtaining a genuine relationship with God and obey His word. The Lord will speak to you directly from your heart, and whatever He says will align with His written word.

A true prophet will bring confirmation to the word which God already told you about your life.

Also, a true prophet upon receiving the word of God will first apply it directly to their life so that it can cleanse and heal them.

The judgment of these false prophets is definite because the Lord will uncover their nakedness and expose them for who they really are.

The Lord also told Jeremiah that whatever lies they prophesied will come to pass in their lives.

For example, the prophets who claimed that no sword or famine would be in their land would, in fact, be consumed by sword and hunger and the people who listened and followed these false teachers would also receive the same fate.

My fellow brethren in Christ be careful of who you are following for a prophetic word.

Ministers and pastors, be careful of who you are inviting to teach and prophesy to your congregation because they may impart a spirit of divination unto the people.

The Lord Jesus Christ has obtained a more excellent name than the former priests and prophets. (Hebrews 1: 3-4).

When we accept Christ as our Lord and Saviour, He, through the power of the Holy Spirit, will dwell in our hearts to teach and guide us daily. This relationship with God is the new covenant.

Therefore, we do not need any modern day prophets to guide us or foretell our future.

No more will every man teach his neighbor nor his brother saying, ‘know the Lord,’ because we will all know the Lord for ourselves when we allow Him to forgive our sins.

He will put His laws in our minds and write them in our hearts, and He will be our God, and we will be His people. (Jeremiah 31:31-34)

Be wise and walk in truth!

Join 12,665 other followers
Follow Becoming the Oil and the Wine on WordPress.com