Are You Giving Satan Permission To Torment, Deceive And Harass You? 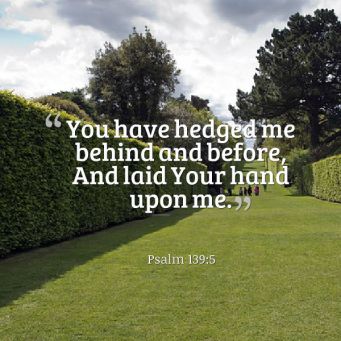 Job was described as a righteous man. But why would God see Job as righteous when He said that the righteousness of man is like filthy rags? It is puzzling.

I examined the story carefully, and the Lord revealed the answer to me. It lies in the hedge of protection that God enclosed around Job. If you dwell in the secret place of God, you will abide under His shadow and be fully protected (Psalms 91).

In other words, the Lord build a hedge of protection around you when you abide in His secret place. This place is a type of sanctuary where you rest in God. You can only get into this location by being fully obedient to the Holy Spirit and develop a relationship with God.

When you remain permanently in this place, Satan cannot harm you. Hence, he asked God to remove the hedge from around Job so that he could attack and persecute him. The Lord agreed and gave him permission to torture Job, but his life was off limits.

The story of Job is a test of man’s vulnerability without God, Satan’s limitation, and God’s supremacy. The devil cannot touch you when you are inside the sanctuary of God, and the Lord will not authorize him to harm you. However, you can give permission to Satan to attack you. 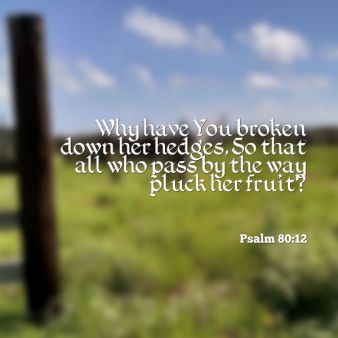 You give Satan consent when you leave the sanctuary of God, break the hedge and wander off into the enemy’s territory. As soon as Satan sees your vulnerability, he will pounce on you seducing you with lies and enticing you with riches and fame.

When you are out of the fortified sanctuary of God, every weapon that the enemy formed against you will prosper, and every tongue that rises against you will come to pass because you will lose the authority to condemn them.

You will find yourself in fiery trials that seem to have no ending. There will be no peace or contentment in your life. You will be stuck in your situation continually wandering around in a circle in the desert. Eventually, the devil will take your life, and you will perish in the wilderness.

You do not want to be in this position!

The Israelites who escaped Egypt found themselves in this situation, and they ultimately die in the wilderness leaving their children, Joshua, and Caleb.

These Israelites did not enter into God’s rest or His sanctuary because they were stubborn in their ways and disobedient to God (Hebrews 4).

Therefore, to enter and remain in God’s rest you will need to be fully committed to God and be obedient to the Holy Spirit. You will also need to be humble, full of compassion and love.

Stay within the hedge!