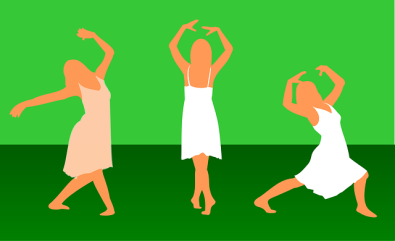 Trials must not be a deterrent;

For diversion will bring forth plagues and tempest.

Out of Egypt, you must depart;

For the mission is not yet complete.

From strength to strength

To a land of untold bounty;

And to a city whose builder and maker is God- your Jehovah Jireh.

The Lord said to Abram, “Leave your country, your people and your father’s household and go to a land that I will show you.” (Genesis 12:1)

Abraham was told to leave his country, people, and family and move to an unknown land. Only the Lord knew where this land was. Abraham did not know where he was going but he trusted God, and he moved from his familiar environment where all his family and friends were to the unfamiliar.

Abraham was able to trust God because he had a relationship with Him.

Some people think that because Abraham was living in a pagan country – Ur of the Chaldean- he, therefore, worship idols. I do not think that this is true. Abraham was a direct descendant of Shem, one of Noah’s son.

After the flood, Noah built a vineyard and planted grapes. During harvest, he made wine with the grapes and drank until he was drunk. He fell asleep naked in his bed.

Ham, one of his sons, went into his father’s room and saw him sleeping naked. Instead of covering his dad he left him in his nakedness and shame and told his brothers about it.

His two brothers were so disturbed by this news that they went backward into their father’s room so that they could not see his nakedness, and covered him with a sheet. They respected their father.

After Noah awoke and heard of his children actions towards him, he blessed Shem and Japheth and cursed Ham. He told Shem that God will bless his descendant and the descendants of Ham will be his servants.

Thus, Shem’s descendants followed in the footsteps of their father serving the true and living God. (Genesis 9:18-29; Genesis 11:10-32). Abraham was a descendant of Shem, so he was familiar with God. Therefore, when God told him to move to a strange land he believed and obeyed the Lord, and it was counted to him for righteousness. 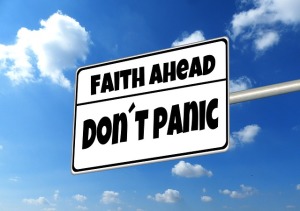 The Lord told Abraham that when he moved to this strange land, He will make him a great nation and bless him. The Lord further told him that he will bless those who blessed him and cursed those who cursed him, and through Abraham all the families of the earth would be blessed (Genesis 12: 1-3).

Note carefully that the Lord said that all the families of the earth would be blessed. Hence, no one is excluded. God gave Abraham a great responsibility because he obeyed and moved.

Do not underestimate the power of change because great blessings are involved.

The Lord gave Abraham the title father of all nations of the earth. God is the everlasting Father and Creator of the heavens and the earth, but He gave Abraham a secondary title of father to men on earth for a particular reason.

I hope that this post will motivate you to embrace change so that you will be blessed. Share with others.

Join 12,676 other followers
Follow Becoming the Oil and the Wine on WordPress.com