Are We Being Controlled By The Beast?

Is this coronavirus a test?

Since the Coronavirus (nCoV) pandemic, many people have been questioning whether this is the fulfillment of the prophecy in Revelation 13 and whether this virus is the mark of the beast.

The mark of the beast has been a controversial subject in the body of Christ. 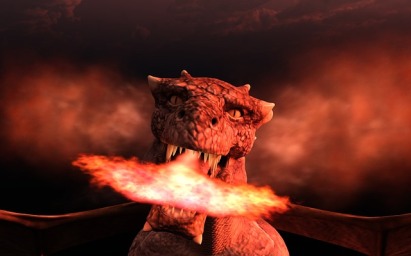 The mouth of the dragon

Every denomination seems to have a different interpretation of the beast, its mark, name, and number.

In 2011, the Holy Spirit encouraged me to study the book of Revelation using only the Bible as a reference without using any other books or articles on the web.

After much debating, I obeyed the Lord and a book was born – Harm Not The Oil And Wine and was published in 2017.

The title of the book is the statement made by God when the black horse in Revelation 6:5-6 was revealed by the Lamb and it emphasized the protection that you will receive when you become the oil and wine and dwell in the secret place of God.

Through the Holy Spirit, the Lord outlined the identity of the two beasts in the book of Revelation.

Below is an excerpt from the book Harm Not The Oil And Wine outlining the identity of the second beast and the plan that Satan has to use it to destroy as many people as possible.

John saw in his vision another beast coming out of the earth. This second beast originated from the land, not the sea. Since God created man from the dust of the ground, the earth is symbolic for man (Genesis 2:7). Thus, the second beast was made by man. This beast had two horns like a lamb but spoke like a dragon. A lamb is a baby sheep and is characterized by being gentle, meek, and innocent. Therefore, these two horns on the beast are the moral qualities of its proclamations. However, it spoke like a dragon.

The dragon is Satan, so even though the proclamation of the beast appears innocent and gentle, underneath this façade is the aggressive, violent, and deadly characteristics of Satan. Note also that the second beast exercised all the authority of the first beast in its presence, and it also caused all the earth and those who dwell in it to worship the first beast.

The second beast also performed many signs and wonders in heaven and earth, which convinced the people to believe and follow them. It also told men in the land to build an image of the first beast, indicating that the first beast was invisible but became visible by this image, and it was also able to speak…

This man-made creature is very powerful indeed. It can make Satan’s spiritual kingdom visible to man, and it can perform signs and wonders. This second beast is so popular and influential that it causes the entire world to follow after Satan’s kingdom. What is this beast?

The second beast was created by man but the kingdom is not confined to a single country or nation. Instead, it represents all of humanity’s technological inventions throughout the ages. Men created guns, ammunition, rockets and other weapons of mass destruction. They created spacecraft, airplanes, and land and sea transportations. Whenever these weapons, spacecraft, or missiles erupted in the sky, fire fell from heaven to the earth. These were the miraculous signs that John saw in the sky.

Some of the most remarkable inventions of men are computers, cell phones, tablets, and televisions. All of these can make an image of the first beast and become its voice. People are able to see lewd and graphic images of pornography, sexual immoralities, crime, death, violence, and other evil actions from Satan’s Kingdom of Darkness on computers, televisions, and other devices.

All of these technological inventions of men are consolidated into one unifying force that can unite every country, nation, and people in the entire world—the World Wide Web. The world has now become a virtual, one-world kingdom united by the Internet. Thus, the Internet is the second beast with the lamb’s horns. The lamb’s horns are the moral qualities of the Web. The Internet is used for knowledge, information, communication, and business transactions, and these represent the two lamb’s horns on the second beast. Diagram Two (2) shows a depiction of man’s virtual Kingdom…

View the diagram of The Kingdom of Man

It is my personal belief that in the distant future, people will not be able to buy or sell unless they are equipped with the technology of the Internet. The physical supermarkets, shops, and stores will become extinct, and the virtual stores on the Web will stock an endless amount of goods that will be cheaper and easier to manage. People will be able to order everything online from a pin to an anchor, even destructive devices, and they will be delivered to their door.

Business places, schools, colleges, and hospitals will utilize the computer and the Internet to organize their inventories and information so that customers and or patients’ information will be easily and readily accessible. The Internet in the future generations will become more reliable and advanced for most essential transactions.

Alas, it is at this point that Satan will strike. He will allow some devastation on the Network that will cause disruption in the services and its stress-free lifestyle, and many people will die as a result because they will not know how to survive without the Web. Imagine what will happen in a hospital if the network crashes. The records and information will not be accessible, resulting in chaos. The devastation will be similar to the Y2K catastrophe that many people thought would happen in the year 2000. (Excerpt from Chapter Eight – Harm Not The Oil And Wine…

(The book explains the identity of the first beast and the symbolic meaning of the number 666). 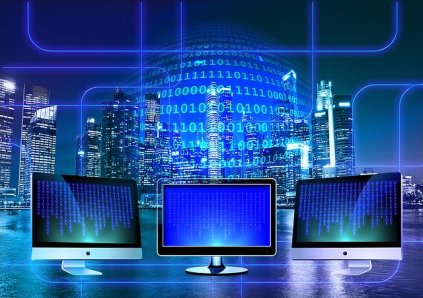 The world is currently in a crisis right now and the world is united as one people to fight the deadly virus – COVID-19.

Most countries have quarantined their people and closed down all schools and public places.

Students are told to stay home and do their classes online.

The people are told to stay home and order their food and household supplies online.

They are now devising ways that you can consult the medical doctor online.

This virus proves to us how dependent we have become on the internet.

However, it is not this virus or any other pestilences that the devil will use to try to destroy humanity.

It is our dependency on the internet (man-made technology) that he will use to control humanity.

If you refuse to accept the beast’s name, number or mark you will not be able to buy or sell.

If this disease prolonged, how will it affect those people who have no access to the internet?

The Lord is telling us to be prepared both spiritually and physically, learn to be self-reliant and teach our children the safe use of the internet so that they will not be consumed by the mouth of the dragon.

Let us join together and pray

Thank you for exposing the plot of the enemy. Thank you that you are at this moment laughing at the enemy. You have them in derision.

Why do the heathen rage, and the people imagine a vain thing?

2 The kings of the earth set themselves, and the rulers take counsel together, against the Lord, and against His anointed, saying,

3 Let us break their bands asunder, and cast away their cords from us.

4 He that sitteth in the heavens shall laugh: the Lord shall have them in derision. (Psalms 2:1-4)

Glory to God! Thank you, Lord, that you have the enemy as a source of mockery.

Therefore, we will not fear, we will not panic because we have received your perfect love in our hearts that drive out the evil spirit of fear.

We bless you, Lord! We magnify your precious, holy and righteous name.

Read The truth about Pandemic Diseases

Read Let not your heart be troubled

Read more about the provision that God has established to protect His people: Harm Not The Oil And wine. This book will be available in e-book soon.

Share with us your thoughts on the beast system.