Are Aliens Angels Or Demons?

I am a Jamaican, and I have a Jamaican passport so for me to visit the USA and certain other countries I need a visa.

As a matter of fact, I live in the BVI for over fifteen years, and I still need a visa to enter the country.

It appears silly to me but what can I do, it is the rule of the country.

The USA government and immigration department described anyone who is not a citizen as an alien.

Do Aliens’ live in outer space?

We are not extraterrestrials from other planets, we are fellow humans from other countries. But they called us aliens because we are strangers and foreigners who do not belong to their country.

The Bible states that without Christ, we were aliens from the commonwealth of Israel and strangers from the covenants of promise. We had no hope and without God in the world (Ephesians 2:12).

Is this factual? Who are these aliens that people swore that they saw?

An Unidentified Flying Object may be unexplainable by the individuals who see them but maybe identifiable by a few.

If you take a computer and travel back in time to the ancient civilization and place it in someone’s house, the occupants would view it as a UFO and may think that it is from outer space.

Thus, a UFO is anonymous based on who is seeing it.

UFO – Is it man made or outer space?

Various individuals who saw these strange objects described them as circular in shape and travel very fast, and they do not look like our typical airplanes.

What are these objects made of? Are they made from metal similar to a plane?

God made man from the dust of the earth so humans are bonded to the earth.

Therefore, if Mars, Venus or any other planets are inhabited by living creatures, then they are made from the dust or elements of that particular planet.

As a matter of fact, there is no record in the Bible that God created any living thing on those planets. On the other hand, angels were made by God and inhabit heaven—the place where God dwells.

We need to accept the fact that we were created uniquely by God and there are no other physical entities in the universe besides us.

Because humans are earthbound we cannot survive living on any other planets but Earth. God allowed us to explore the universe for knowledge, but we should not view it as a place of escape.

Our God is the God of salvation, and to GOD the Lord belong escapes from death. (Psalms 68:20)

Where do UFO and Aliens originate?

The civilization was advanced during the days of Noah. The Bible stated that Cain who bore the mark of sin had descendants who were skilled in music and metal.

Therefore, it is possible that they had the knowledge to build advanced equipment for traveling on both land, sea and outer space.

Noah obviously had the technology capable of building a massive ship that has never before seen at that time.

Sadly, humans at that time used their advanced knowledge to do more evil than good, and the Lord was grieved in his heart and sent the flood that wiped all men, beast and their technology off the face of the earth straight into the deep – the deep oceans and sea.

The generation at the Tower of Babel began to rebuild this vast nation of technology, but God immediately put a stop to it because they were united in one accord to do evil.

Civilization was re-established after the tower of Babel when humans were spread all over the earth.

It is possible that UFO may be remnants of ancient civilizations during the days of Noah. I do not believe that they originate from other planets or from the throne of God.

God does not need to use explosives and man-made weapons to destroy the enemy, He used the Word from His mouth (Isaiah 1:19-20). 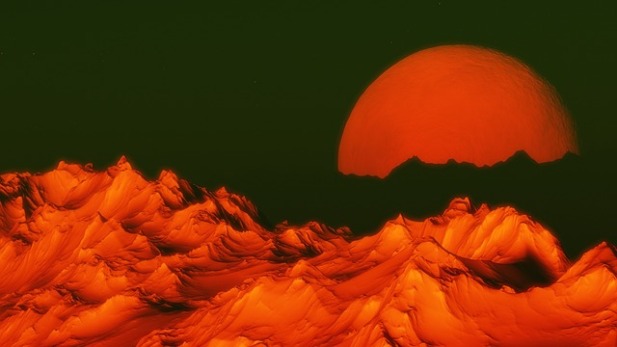 If you are willing and obedient, you shall eat the good of the land; but if you refuse and rebel, you shall be devoured by the sword”; For the mouth of the Lord has spoken. (Isaiah 1:19-20)

Back to my original question: Are aliens demons or angels?

Any strange or unnatural creatures that are seen originate on the earth and are created by man or Satan.

In one of John’s vision in the Book of Revelation, he saw three unclean spirits looking like frogs coming out of the mouth of the dragon, beast and Satan’s false prophets (Revelation 16:13-14).

John said that they are spirits of demons performing signs to deceived leaders on earth.

I believe that Satan and his evil kingdom plus his prophets are busy vomiting demonic spirits from their mouth but these spirits cannot cross over into our earthly dimension unless man conjures up them from their habitation.

These foul spirits can take the shape of reptiles such as frogs and serpents (Revelation, Genesis). These are the weird looking aliens that people claimed they saw from time to time.

Always remember there is nothing new under the face of the sun. (Ecclesiastes 1:9 )

It is best to associate yourself with things that are good and pleasant in the sight of God. (Psalms 133:1)

Think on thoughts that are pure, lovely, good report and you will be safe. (Philippians 4:8)

This is my take on aliens, UFO, and other strange creatures. What about you? What are your opinions?