The kingdom of God is governed by laws/commandments, testimony, statutes, fear, and judgment. 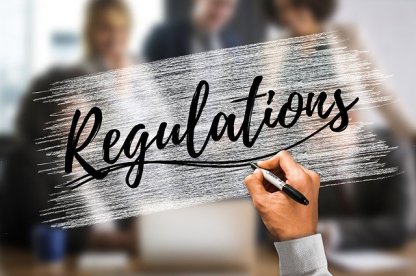 How does God deal with these regulations within His kingdom?

Does He execute judgment fairly? Is He a merciful God?

Let us find out these answers from the Word of God.

“The law of the LORD is perfect, converting the soul; The testimony of the LORD is sure, making wise the simple; The statutes of the LORD are right, rejoicing the heart; The commandment of the LORD is pure, enlightening the eyes; The fear of the LORD is clean, enduring forever; The judgments of the LORD are true and righteous altogether. More to be desired are they than gold, yea, than much fine gold; Sweeter also than honey and the honeycomb. Moreover by them Your servant is warned, and in keeping them there is great reward. (Psalms 19:7-11NKJV)

God specifically created the earth for humans. He created a replica of His heavenly kingdom on earth and placed the first created man and woman in it.

The entire universe was disrupted when humans fell into sin. Everything on earth was reversed.

Even though the Bible did not state it, I believe that the fall of man produced a cataclysmic event that completely wiped out the first perfect “Adamic” generation.

Darkness descended upon the earth and the kingdom of God was removed. (See Genesis 3:23-24)

Indeed, Jeremiah stated that he saw the earth and it was without form and void. This occurred as a result of the foolish disobedience of the people who were wise to do evil and had no knowledge of doing good.

The fruitful and flourishing places became wilderness and all the cities were broken down and destroyed. The entire earth became desolate because of the fierce anger of the Lord. (See Jeremiah 4:22-27)

The man suddenly lost his intimate relationship with God. He could no longer stand in the presence of God. He was stripped of the glory of God and he became naked and ashamed.

In spite of the terrifying wrath of God, His mercy prevailed and He said,

Similar to what God did during the flood, He spared the first created humans to build and replenish the earth.

It is interesting to note that the generation of humans always repeats the same mistakes thus causing history to repeat itself.

Consequently, similar catastrophic events occurred in the days of Noah and also during the reign of the Israelites kingdom. (See Genesis 6; Kings )

The pattern of events is due to man’s disobedience to God’s laws and ordinances resulting in God’s judgment upon the land.

But in the midst of God’s judgment, He shows mercy. 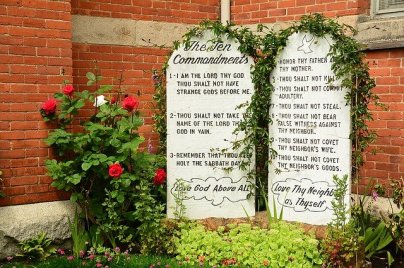 The old mosaic laws and commandments proved burdensome and difficult for the people to execute. If they disobeyed one law they were guilty of disobeying all the laws.

God decided to reincarnate Himself and became a human being to fulfill all the laws and ordinances. It was imperative that He accomplish this task so that you will be free from this burden.

The fulfillment of the laws was accomplished in the life, death, and resurrection of Jesus Christ.

Therefore, you do not have to bear the weight of the laws and commandments because Jesus completed the work and invites you to rest in Him.

Come unto me, all ye that labour and are heavy laden, and I will give you rest. Take my yoke upon you, and learn of me; for I am meek and lowly in heart: and ye shall find rest unto your souls. For my yoke is easy, and my burden is light. (Matthew 11:28-30)

The easy yoke and the light burden of the Lord Jesus Christ is His love and compassion towards you.

Love is the foundation of the kingdom of God within your life when you invite the Lord Jesus Christ in your heart.

Your only requirement is to maintain the lifestyle of the Kingdom of God. 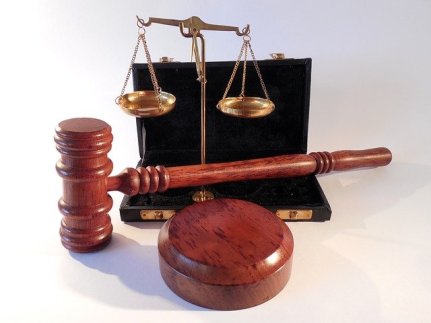 Do you believe that the world is heading towards another cataclysmic event?

If yes, how can we prevent it from occurring?

Share with us your thoughts. We want to hear from you.