We Are Living In Unprecedented Times

The word unprecedented, according to Dictionary.com means without previous instance; never before known or experienced; unexampled or unparalleled.

“Unprecedented” is a favorite word used during political campaigns and in the news media to describe strange occurrences.

Indeed we are living in unprecedented times!

Various countries have experienced disasters that have never before seen.

For example, in 2017 the two back to back category five hurricanes, Irma and Maria, that devastated a number of Caribbean Islands were unprecedented.

The recent Australian wildfire that burned 10 million hectares, killed at least 28 people and more than a billion native animals was unprecedented.

There have also been severe droughts in East Africa that caused fifteen million people to be in need of aid and severe flooding in South Asia that displaced over fourteen million people from their homes have all been unprecedented.

Since December we were made aware of a novel virus (nCoV) that began in China and quickly spread across the entire world resulting in a global lockdown.

This situation is indeed unprecedented. The novel (new or never seen before) coronavirus has created a novel pandemic and a novel reaction from the public at large.

The Bible warned us that in the last days we are going to see some unprecedented things happening in this world.

This know also, that in the last days perilous times shall come. For men shall be lovers of their own selves, covetous, boasters, proud, blasphemers, disobedient to parents, unthankful, unholy, without natural affection, trucebreakers, false accusers, incontinent, fierce, despisers of those that are good, traitors, heady, highminded, lovers of pleasures more than lovers of God; having a form of godliness, but denying the power thereof: from such turn away. (2 Timothy 3:1-5)

The Bible also tells us about an unprecedented situation that occurred in the land of Egypt a long time ago.

God gave the children of Israel specific instructions on the night that they were going to be delivered from the bondage of slavery in Egypt.

They were to sacrifice an unblemished lamb and use some of its blood to put on their doorposts. They were to roast the lamb and eat it with unleavened bread and bitter herbs.

This would be their last meal in Egypt and they were to eat it in haste fully dressed and ready to leave. 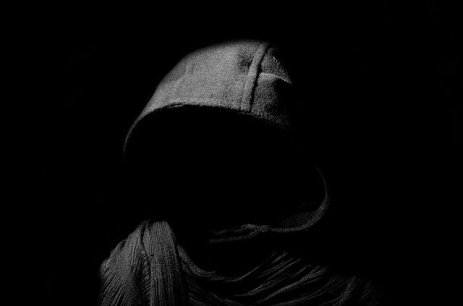 When the Lord sees the blood on the doorpost He would not allow the destroyer to get inside but would pass over that house.

And they shall take of the blood, and strike it on the two side posts and on the upper door post of the houses, wherein they shall eat it. And they shall eat the flesh in that night, roast with fire, and unleavened bread; and with bitter herbs, they shall eat it. And thus shall ye eat it; with your loins girded, your shoes on your feet, and your staff in your hand; and ye shall eat it in haste: it is the Lord’s Passover. For I will pass through the land of Egypt this night, and will smite all the firstborn in the land of Egypt, both man and beast; and against all the gods of Egypt I will execute judgment: I am the Lord. And the blood shall be to you for a token upon the houses where ye are: and when I see the blood, I will pass over you, and the plague shall not be upon you to destroy you, when I smite the land of Egypt.

And ye shall take a bunch of hyssop, and dip it in the blood that is in the basin, and strike the lintel and the two side posts with the blood that is in the bason, and none of you shall go out at the door of his house until the morning. For the Lord will pass through to smite the Egyptians; and when he seeth the blood upon the lintel, and on the two side posts, the Lord will pass over the door, and will not suffer the destroyer to come in unto your houses to smite you. (Exodus 12:7-13, 22-23)

As noted in the above story, only those who obeyed the instructions from the Lord were saved from the destroyer.

Fast forward to our present dispensation. It appears as if a similar situation is taking place upon the earth.

It is a fact that something is released on the earth and it is walking through the entire land from house to house.

What is it? Is it really a virus? Is it a demon?

We do not know, but one thing we know for certain, it is the angel of death.

This death angel is also called the destroyer or Abaddon or Apollyon in Revelation 9:10. 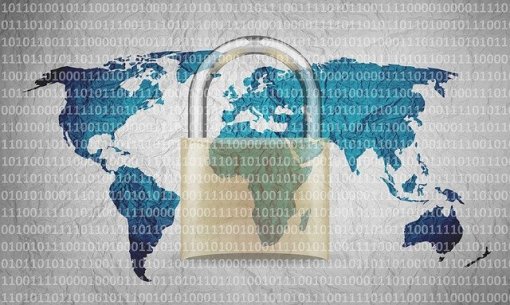 The government of all countries has told its citizens to stay inside to decrease the spread of the virus.

Some countries have completely locked down closing all schools, colleges, and even churches. Everyone is encouraged to do all their transactions online at home.

However, some churches are disobeying the advisory from the government thinking that this may be another scheme from the enemy to prevent the Christians from gathering.

No doubt this unprecedented calamity is an act of the enemy.

But, we should also be aware that the Lord knows the real identity of the destroyer that is passing through the land and has allowed the government to instruct us on what to do because they have the legal authority to make the laws and decisions in the land.

The Lord would not give this instruction to the pastors, bishops or prophets because He knows that the entire world would not listen to them.

Therefore, people of God, let us be wise! Obey the government and health authorities because the destroyer called Apollyon has been released upon the earth.

Remain inside your house and cover yourself and household under the blood of Jesus Christ. 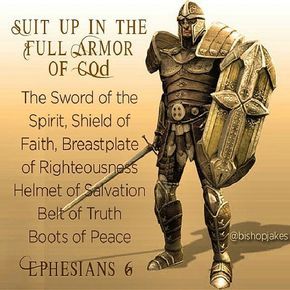 While you are inside your homes, ensure that your loins are girded with truth, you are dressed with the breastplate of righteousness and your feet shod with the preparation of the gospel of peace.

Do not forget to put on the shield of faith and the helmet of salvation.

Last but not least, make sure that your staff is in your hands. This staff is your sword which is the Word of God.

Dress and get ready to move because at any minute the alarm will sound and the bridegroom will appear.

While you are waiting never cease to pray!

Obey the Word of the Lord as He gave to Moses.

Signs of the Time
armor of God, bible verses, christianity, global lock down, Inspirational, land of Egypt, obedience is better than sacrifice, obey and live, the destroyer called Apollyon, the destroyer or Abaddon, unprecedented times