Watch And Be Ready!

Therefore, be ye also ready: for in such an hour as ye think not the Son of man cometh. (Matthew 24:44)

How can you be ready for the coming of the Son of Man?

To know the answer let us look at how the children of Israel prepared for the presence of God on mountain Sinai and the events that occurred leading up to that great and awesome day.

According to the Strong Hebrew/Greek dictionary, Rephidim is from the Hebrew word Rĕphiydiym (H7508), which means a place of rest. It is also a place of support.

Although Rephidim was a place of rest, the people encountered severe trials because they could not find any water to drink.

The people miserably complained against Moses and the Lord told him to strike the rock to bring forth water. After this reprise war broke out between Israel and Amalek.

During the battle, a strange thing happened. The Israelites could only prevail against the enemy when the hands of Moses were held high in the air.

But when Moses’ hands became tired and fell the enemy prevailed against them.

So two men, Aaron and Hur, saw the situation and decided to hold up Moses’ hand one on either side of him so that his hand was steady until the setting of the sun.

Thus the children of Israel gained victory over the enemy. Moses then built an altar to the Lord and called the name of the place Jehovahnissi (Exodus 17).

The meaning of this word is Jehovah is my banner (Yĕhovah nicciy H3071), which means that God established a standard against the enemy.

Nowhere else in the Bible has this word occurred again.

At Rephidim, Moses united with his family when his father-in-law took his wife and children to him.

It was also at Rephidim that Moses received and obeyed sound advice from his father in law in the judging of the people (Exodus 18).

However, on the third month after the Israelites left Egypt, they departed from Rephidim and entered the desert of Sinai where they pitched their tent in front of the mountain.

Sinai means thorny and was regarded as the mountain of the Lord where God gave Moses the law. (Ciynay Strong H5514).

The Lord first called Moses on top of the mountain to give him a message for the people.

And the Lord said unto Moses, Go unto the people, and sanctify them today and tomorrow, and let them wash their clothes, and be ready against the third day: for the third day the Lord will come down in the sight of all the people upon mount Sinai. (Exodus 19:10-11)

As noted in the above verses, the Lord told Moses to prepare the people for the coming of the Lord on the third day on Mount Sinai.

On that day they will see the Lord in His glory.

Therefore, the people had to get ready for the appearance of God by being washed, cleansed and sanctified.

Basically, this is the same preparation that everyone needs to get done to be ready for the return of the Son of man.

Every person was born in sin and shaped in iniquity and so your sins need to be washed and cleansed by the blood of Jesus Christ.

Then your life must be continually sanctified by the anointing of the Holy Spirit in your hearts. 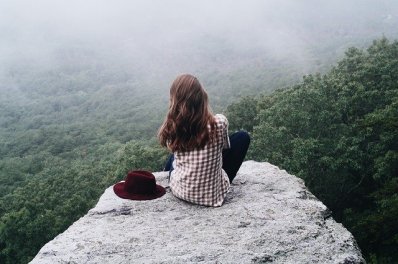 The born again believers must wait in this world for the return of Christ.

The world is like the wilderness of Rephidim where there will be testings, but you can find rest in God during these turbulent times.

Note also that in this world you are in an ongoing spiritual battle with Satan.

However, you will overcome the enemy when the Church comes together to bear each other up by encouraging and strengthening each other.

As noted earlier, only when the hands of Moses were held up by his brethren that they were victorious against the enemy.

This period at Rephidim while waiting for the return of the Son of man is also a time when the Church must unite as one big family of God.

The Lord is not returning for a divided Church.

You will also need to walk in humility and obedience to the Holy Spirit so that you will always be alert and ready for the appearance of Christ.

Finally, you need to be wise as a serpent (or perhaps even wiser) and be harmless as a dove (Matthew 10:16).

You will need the spirit of wisdom to keep you from being deceived by the craftiness of Satan.

Soon the Lord will make His glorious appearance and pull you out of Rephidim into His marvelous light. And there you shall be with the Lord forever.

Watch ye therefore: for ye know not when the master of the house cometh, at even, or at midnight, or at the cockcrowing, or in the morning: Lest coming suddenly he find you sleeping. And what I say unto you I say unto all, Watch. (Mark 13:35-37)

Join 12,633 other followers
Follow Becoming the Oil and the Wine on WordPress.com