God Will Qualify You For The Job 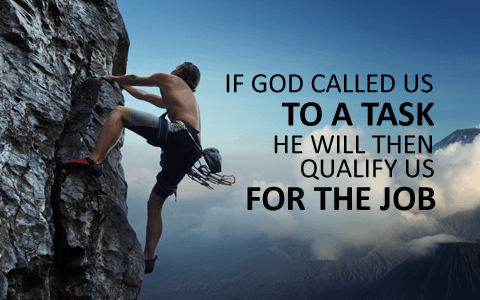 Man appoints you base on the qualifications of your mind.

God appoints yoh base in the qualifications of your heart.

But the Lord said to Samuel, “Do not look at his appearance or at his physical stature, because I have refused him. For the Lord does not see as man sees; for man looks at the outward appearance, but the Lord looks at the heart.” (1Samuel 16:7)

And whatever you do in word or deed, do all in the name of the Lord Jesus, giving thanks to God the Father through Him.

And whatever you do, do it heartily, as to the Lord and not to men, knowing that from the Lord you will receive the reward of the inheritance; for you serve the Lord Christ. (Colossians 3:27, 23-24)

Read: The shocking truth about God’s requirements to be an effective leader.