Make a Highway to God For Your Warfare is Over

I Have also written a few posts in 2014, encouraging you to wake up, pick up your weapons and fight. Exactly who are we fighting? We are battling the enemy of our souls, Satan the deceiver and devourer.

We have been battling so long that the Lord has noted how exhausted many of us have become and decided to end our warfare this year.

The Lord has declared the following prophetic words over your life, and I want you to receive them because I know that similar to me you are sick and tired of fighting a battle that was already won by the Lord Jesus Christ.

The words are from the prophet Isaiah.

Hope in the Lord!

Shout in the wilderness,

He has ended your warfare

And pardoned your iniquity.

Instead of shame, you will receive double honor.

So prepare the way of the Lord.

Make a straight path through the desert

And build a highway to God.

Every mountain will be lowered

And every valley exalted.

The twisted places will be straightened

And the rough areas smooth;

And all flesh will see the revelation

Of the glory of the Lord.

The pathway will lead to the throne of God;

A road called the Highway of Holiness.

Who can walk on this path?

The unclean cannot pass over it;

Neither the lions that devour,

Nor can the ravenous beasts come near this road.

No thieves can lurk in the bushes

Seeking to steal, kill and destroy.

Whoever walks on this road,

Even if he is a fool, will never go astray. 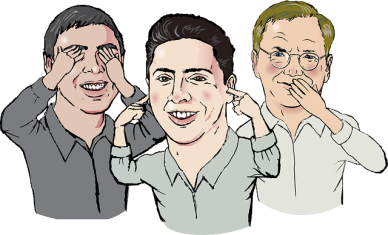 On this level path,

The blind will see the lame leaps like a deer,

And the deaf will hear the dumb sings.

For the greatness of the Almighty,

And the strength of His power will be seen.

Only the redeemed of the Lord

Will walk on the Highway.

And the ransomed of the Lord will return,

And come to Zion with singing,

With everlasting joy on their heads.

They shall obtain joy and gladness,

And sorrow and sighing shall flee away. (Isaiah 35:10)

Sing, O heavens! Be joyful, O earth!
And break out into singing, O mountains!
For the Lord has comforted His people,
And will have mercy on His afflicted. (Isaiah 49:13)