Your nevertheless when used wisely can be an act of faith.

But, it can also be an act of doubt when used foolishly.

Nevertheless suggests that you are going to change what was said before. 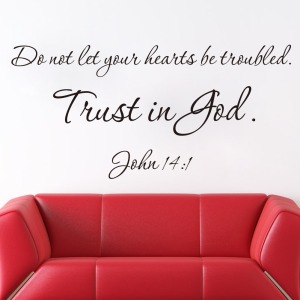 If your nevertheless doubt God’s promises to you then you will not be successful.

When the spies returned home after spying out the land of Canaan they told the people that the land was indeed flowing with milk and honey with large luscious fruits as the Lord had told them. But, they kill their faith with a nevertheless.

Nevertheless, the people who dwell in the land are strong; the cities are fortified and very large; moreover we saw the descendants of Anak there. (Numbers 13:28)

The Israelites proclaimed a curse over their lives and they were doomed to wander in the wilderness for forty years.

When they realized their mistakes they decided to ascend the mountain to fight the enemy. But, the Lord was not with them and they were severely beaten.

But they presumed to go up to the mountaintop. Nevertheless, neither the ark of the covenant of the Lord nor Moses departed from the camp.

Then the Amalekites and the Canaanites who dwelt in that mountain came down and attacked them, and drove them back as far as Hormah. (Numbers 14:44-45)

Ensure that your nevertheless aligned with the will of God.

When the blessings of the Lord are upon your life and someone tries to curse you there is going to be a nevertheless from God.

It doesn’t matter how many devices or plots that are in a man’s heart against you:

As the hour of Jesus’ passion approached, His flesh became weak and He earnestly prayed to God – the Father – to let the bitter cup passed from Him.

But, when He recognized that it was not His will, He said:

Failures in life often weaken your spirit and you may feel like giving up. But when the Lord tells you to try again, it is worth while to obey.

But Simon answered and said to Him, “Master, we have toiled all night and caught nothing; nevertheless, at Your word I will let down the net. (Luke 5:5)

In spite of our trials and persecutions let us continue to hold fast to our faith because God is able to keep us until the end.

For this reason I also suffer these things; nevertheless I am not ashamed, for I know whom I have believed and am persuaded that He is able to keep what I have committed to Him until that Day. (2 Timothy1:12)