A Drink Offering To The Lord

Are you pouring your life as a drink offering to the Lord?

A drink offering (libation) is in honor to God as a celebration of your life and the work you have done for Him.

At the last supper with the disciples, Jesus told them that He will not drink of the fruit of the vine until the kingdom of God has come. (Luke 22:18)

Christ wants to celebrate the drink offering when His work was completed at the cross.

Paul referred to himself as being poured out as a drink offering unto the Lord.

He recognized the he had completed his assignments and was near the end of his life.

Paul was specifically commissioned by Jesus Christ to preach His name to the gentles and to suffer for His name sake.

But the Lord said to him, “Go, for he is a chosen vessel of Mine to bear My name before Gentiles, kings, and the children of Israel. For I will show him how many things he must suffer for My name’s sake.” (Acts 9:25-16)

During Paul’s ministry, he suffered various forms of persecutions.

He was beaten, stoned and imprisoned, but he endured these afflictions so that Christ can be glorified in him.

Are they ministers of Christ?—I speak as a fool—I am more: in labors more abundant, in stripes above measure, in prisons more frequently, in deaths often.

From the Jews five times I received forty  stripes minus one. Three times I was beaten with rods; once I was stoned; three times I was shipwrecked; a night and a day I have been in the deep;

in weariness and toil, in sleeplessness often, in hunger and thirst, in fastings often, in cold and nakedness— besides the other things, what comes upon me daily: my deep concern for all the churches.

Who is weak, and I am not weak? Who is made to stumble, and I do not burn with indignation?

If I must boast, I will boast in the things which concern my infirmity. The God and Father of our Lord Jesus Christ, who is blessed forever, knows that I am not lying. (2 Corinthians 11:23-29)

Throughout all these things Paul did not complain because he considered his suffering a privilege because of His gratitude to God for saving him.

Does this mean that every Christian should look forward to a life of suffering similar to Paul?

Not necessarily. As stated earlier, part of Paul’s assignment by Jesus was to suffer for His name

Hence, not everyone is given this assignment.

However, we all will suffer persecution and trials whether spiritual or physical while we are living in this world, in the kingdom of Satan.

Satan will constantly attack the believers in Christ to weaken our faith. But, similar to Paul, the Lord will deliver us from all the plots of the enemy.

At my first defense no one stood with me, but all forsook me. May it not be charged against them.

But the Lord stood with me and strengthened me, so that the message might be preached fully through me, and that all the Gentiles might hear. Also I was delivered out of the mouth of the lion.

And the Lord will deliver me from every evil work and preserve me for His heavenly kingdom. To Him be glory forever and ever. Amen! (2 Corinthians 11:16-18)

So, continue to fight the good fight, finish the course and keep the faith for a crown of righteousness is laid up for you.

Wait on the Lord and keep his way, and he shall exalt you to inherit the land; when the wicked are cut off, you shall see it. 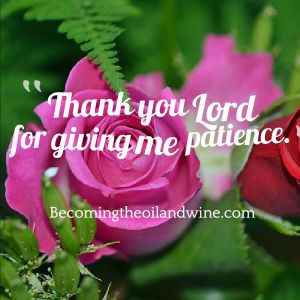