Too Old Too Late 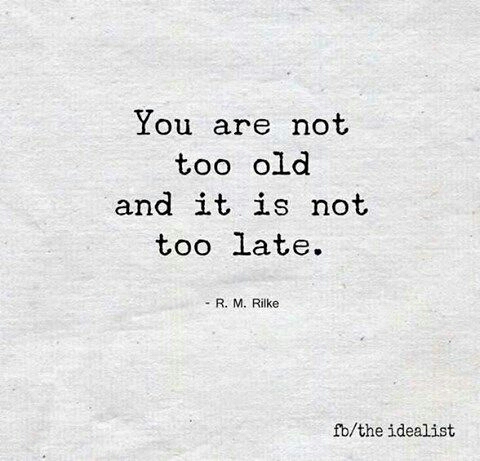 Too old! Too late!

Hopeless words that no one wants to hear. Yet so often someone is saying them and even worst someone is believing them.

That someone may be you!.

It is not a coincident that you are reading this article right now because God knew that you were on the verge of giving up.

God is saying to you, do not give up!

You are not too old, and it is not too late!

We learned in this morning daily thanks giving devotion that with God you can accomplish anything.

Join 12,678 other followers
Follow Becoming the Oil and the Wine on WordPress.com