You Will Be Bring Revelation To Your People 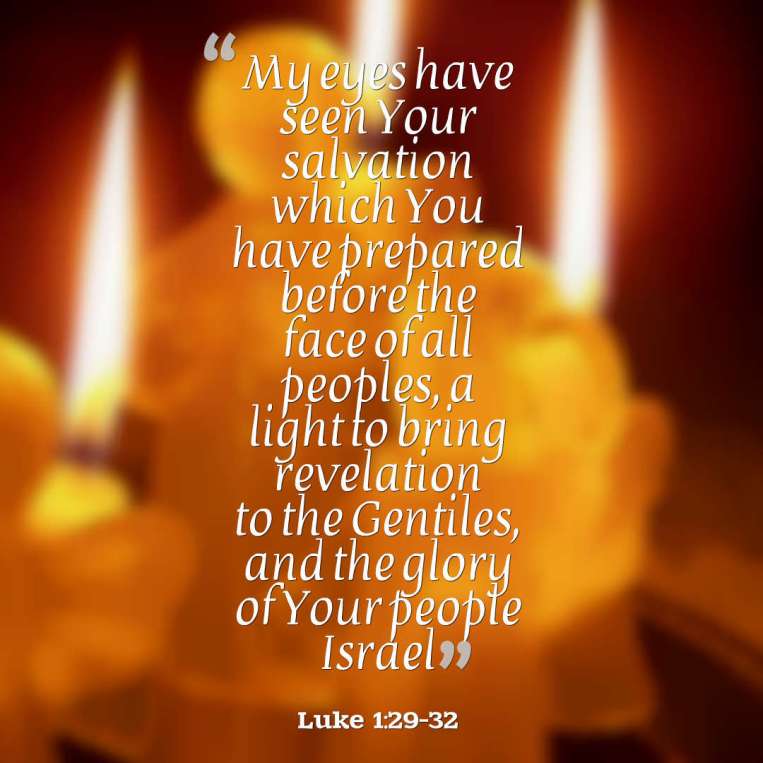 Simeon was a just and devoted man who prayed earnestly for the consolation (relief) of Israel lived to see that day before he died.

When Simeon saw the baby Jesus, he took Him in his arms and blessed Him and declared:

“Lord, now You are letting Your servant depart in peace, according to Your word for my eyes have seen Your salvation which You have prepared before the face of all peoples, a light to bring revelation to the Gentiles, and the glory of Your people Israel.” (Luke 1:29-32)