You Are God Alone! 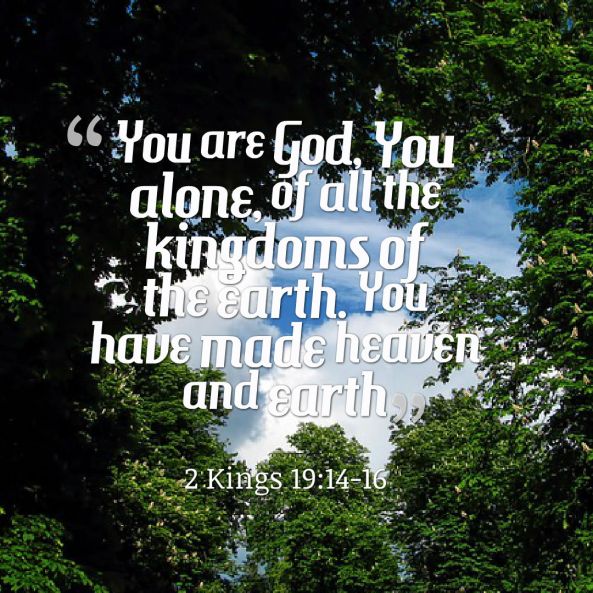 The Assyrians conquered the nation of Israel, and the land was demolished. The King of Assyria sent death threats to Hezekiah king of Judah.

Hezekiah was a man of integrity who walked before the Lord so when he received the bad news he went on his knees and prayed to God for deliverance. The Lord immediately answered his prayers.

And Hezekiah received the letter from the hand of the messengers and read it, and Hezekiah went up to the house of the Lord and spread it before the Lord. Then Hezekiah prayed to the Lord and said: “O Lord God of Israel, the One who dwells between the cherubim, You are God, You alone, of all the kingdoms of the earth. You have made heaven and earth. Incline Your ear, O Lord, and hear; open Your eyes, O Lord, and see; and hear the words of Sennacherib, which he has sent to reproach the living God. (2 Kings 19:14-16)